During the first nine months of 2014 Google’s $35 dongle made up 20% of all ‘streaming media device’ sales stateside, to take second spot overall and leapfrogs the 17% share taken by Cupertino’s (neglected) Apple TV.

In 2013 Chromecast didn’t register among the top five brands.

The figures come from industry watchers Parks Associates’ streaming media device data report, and reveals that some 10% of US broadband households now own such devices. Parks expect this share to soar to 25% by the end of 2015.

Priced low and with a versatile set of uses, the success of the Chromecast is not a massive surprise.

Unlike rival systems, the dongle doesn’t require apps and extras to be “downloaded” to it. Instead it acts as a bridge for the content, devices and services most of us already use and own and our TV screen.

Not being chained to any one ecosystem or use case, and being so open to development, means the Chromecast “fits in” with our existing habits in a way that a rigid platform like Apple TV just can’t.

Those cues were clearly noticed and aped by Amazon, whose Fire TV and Fire TV Stick also make a strong showing, snatching 10% of the media streamer market.

With recent Black Friday and Cyber Monday deals pushing the price of a brand new Chromecast as low as $15, it’ll be interesting to see how things play out in the coming months.

We’ll keep you posted. In the meantime, who fancies a round of Big Web Quiz? 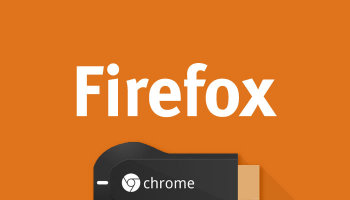 Firefox for Android Can Now Mirror Tabs Over Chromecast
Read Next