A redesigned version of the popular Evernote Web Clipper Chrome extension has been released to the Web Store.

The add-on, which has been installed by more than 3.2 million users, allows web content to be quickly clipped, collected and collated directly in the browser, then stored into an online notebook. Clipped content can be read and edited using the note taking service’s web dashboard or through supported mobile and desktop applications.

In related news, Evernote was one of three Android applications to be demoed running natively on Chrome OS by Google back in June.

The team behind the productivity software say that “millions of users love using the Web Clipper for Chrome to collect the web because it’s incredibly fast and simple.” In the latest release, version 6.2, they seem to sticking firmly to this mantra, debuting a rejigged design and layout aimed at helping its users ‘be more efficient’.

The clipping dialog/toolbox, which is opened by pressing the Evernote button appended to the Chrome toolbar when installed, now uses a so-called ‘thoughtful’ design, taking up less space on the screen and now listing fewer options. 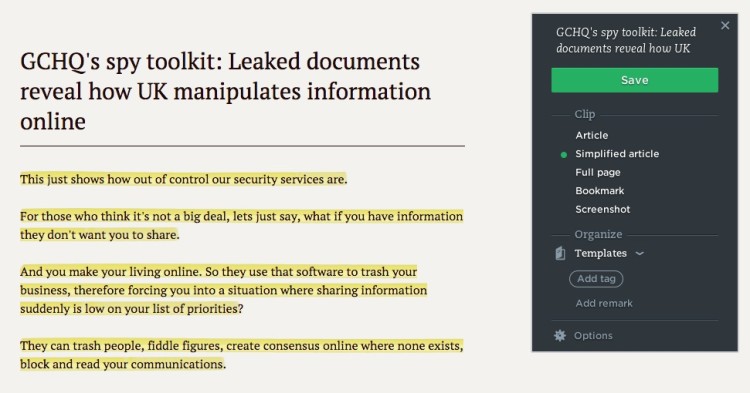 After ‘clipping’ a screenshot, text selection or whole article the clipper menu displays a “more prominent” green ‘save’ button at the top. Designed to help ensure that users save newly created snippets, the button can now also be triggered by hitting the enter/return key helping save time.

You can see the Evernote Web Clipper in action in Chrome in the video below or scroll on down to install it from the Chrome Web Store. 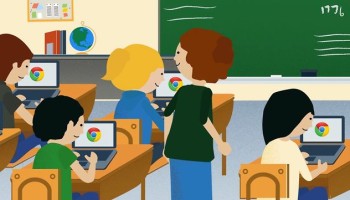 Google Sells One Million Chromebooks in Just 3 Months
Read Next