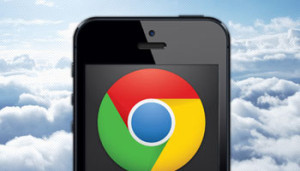 It may have only been a few short weeks since Google released the Chromecast SDK but the number of mobile apps making use of the streaming tech has chrown phenomenally.

With the Google Chromecast now available to buy in a crop of new countries, including the UK and Canada, I thought it was a good time to gawp over some of the latest iPhone and iPad apps sporting Chromecast support.

Looking for a way to stream 1080p HD video from your iPad or iPhone to your TV? PixoCast promises to let you do just that — providing you have a network fast enough to handle the high bitrates, of course.

While it might seem strange to kick off a list with an app accumulating such reviews on the App Store – mainly owing to a bug causing some videos to be casted upside down – the developer is working hard to smooth out the wrinkles.

As the app is a paid one you may want to hold off on buying it until those fixes land.

This app isn’t going to relegate the Nintendo Wii to the cupboard under the stairs, but for a quick bit of family fun it’s pretty novel.

The app projects a game of the popular ‘Tic Tac Toe’ game (more commonly known as ‘naughts and crosses‘ in the UK) on to your Chromecast-enabled TV. Two users can play at the same time using separate  iOS or Android devices.

Best of all the app costs nothing.

When you’ve got some holiday snaps, family photos, or a folder full of grumpy cat memes, you want to share from your phone to your TV Photocast for Chromecast is a free iOS app that lets you do just that.

It doesn’t add anything fancy, and slideshows are not yet supported, but it does allow you to selectively cast single photos while browsing the rest of your images in your library. 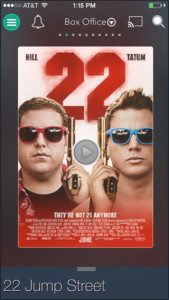 IntoMovies is focused on letting you browse movies and viewing showtimes in local theatres. It also allows you to add your favourites to a watch list.

But that’s boring; what’s unique about the app is that it now lets you stream trailers from your iPhone or iPad to your TV using Chromecast and share movie information through your favourite social media site.

Other features include the option to create a ‘movie circle’ to find similar movies to those you like, and write your own reviews.

Air Show HD is a comprehensive app for casting your photos, slideshows and images to a TV. Better still, it allows you to draw on images ‘live’ and add funny stickers, captions and even background music.

The following video demo is a bit old, and doesn’t use Chromecast, but gives a good overview of the sorts of features you can expect to play with.

If there’s a drawback it’s that, despite being a ‘paid app’ to begin with, most of the functionality requires in-app purchases before it’s available.

Use iOS? Got a favourite Chromecast app? Let us know in the comments.