Google announced KitKat, the next version of their mobile operating system Android, along with a flagship device – the Nexus 5 – at a press event on Thursday.

Both Android 4.4 and the Nexus 5 were heavily leaked ahead of the event, leaving the private press event an unsurprising affair when outlets published the news soon thereafter.

Let’s take a look at the major features introduced in the new version of Android – including a big Chrome-centric change for developers – and perhaps the biggest announcement of yesterday: the Nexus 5.

The biggest Chrome announcement on Thursday was the switch to a Chromium-based WebView for Android apps.

Android’s WebView has historically lagged behind Chrome, lacking support for a number of HTML5 APIs and significant debugging tools for in-app web content. The new Chromium-backed WebView – based on Chrome 30 – changes all of this.

What does this mean for you as a user? Nothing for the time being, but apps can start making use of newer features from Chrome 30, including HTML5 standards support for WebRTC, WebAudio, and form validation.

As for developers, the WebView’s biggest boon is support for remote debugging. This change, however, doesn’t mean older versions of Android will be getting the Chromium-based WebView, so Android developers maintaing backwards compatibility will need to stay vigilant.

Some of the biggest change in this release aren’t user-facing. Indeed, Google are on a “journey to reach the next billion people” and have optimised Android to run on lower-end devices. While it’s true that Android has been losing ground on the lower-end front to more efficient systems like Windows Phone 8 and Firefox OS, could the company also have other form factors in mind, like wearables?

While it’s unlikely that this change will benefit any lower-end devices already on the market, it should warrant better experiences on more affordable devices.

Google has also updated the look-and-feel of the OS, replacing the bright and energetic blue with a more neutral grey and turning the notification bar and software buttons translucent.

A new, “immersive” fullscreen mode also lets app use the entire screen, including the space used by software buttons.

A number of other small changes accompany these visual tweaks, including an alarm tab in the Clock app, fullscreen album art on the lock screen when music is playing, unlimited home screens, and the list goes on.

These subtle changes contribute to an altogether classier OS.

Considering all these amazing things smartphones do, you’d think Google have forgotten about the basic function of phone calls!

But KitKat comes with a smarter dialer allowing you to search the phone numbers of local businesses right from the app. It also works the other way: the app searches the Google Maps database for an unknown number and displays the name and picture on the incoming call screen.

While it sounds cool, I’m doubtful how useful the feature will be when most of my own unknown calls are from large companies unlikely to be listed on Google Maps.

The changes in KitKat are also accompanied by updates to Google Now. Google have introduced a swipe from left to right on the home screen and an “OK, Google” voice command (limited to the Nexus 5 at the moment) to access the app.

Content from compatible apps can now be searched from Google Now as well. Rather than putting up with a mediocre mobile site for a casual search, Google Now can now search compatible content and open the site’s app directly if you have it installed.

KitKat is rolling out to existing Nexus and Google Play Edition devices in the coming weeks. Sadly, support for the Galaxy Nexus is being dropped due to its ageing chipset.

Arguably the biggest announcement of the day was the next flagship Android device – the Nexus 5. Just like KitKat fixes a lot of small issues with Android, the Nexus 5 fixes a number of issues with the Nexus 4 – namely the lack of LTE and the mediocre camera.

The specs are an impressive bump up from the Nexus 4, including:

Google are also offering a selection of colourful rubber cases for  $34.99/£25 as well as black and white cases with front covers for just $15/£10 more.

We’ll have a hands-on review of the Nexus 5 coming out in a few weeks, so stay tuned!

Get the Nexus 5 from the Play Store

Thanks to The Verge for screenshots and some of the information used in this post. 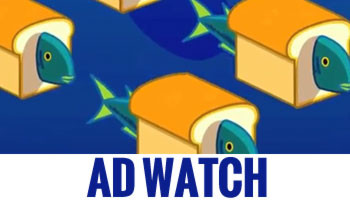