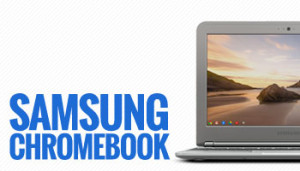 Powerful new Chromebooks are in the offing, with models based on Nvidia’s latest Tegra 4 chipset and Intel’s “Bay Trail” CPUs reportedly under development.

The details of the devices, all of which are currently being tested on developer boards, surfaced through commits to the Chromium project picked up by blog MyCE.

News of updated ARM-based Chromebooks is far from unexpected.

Samsung are due to unveil an update to their popular Samsung Chromebook next year, powered by an Exynos Octa processor, while ASUS’ first foray into the Chrome computing segment has long been rumoured to feature  a touchscreen device based on a Tegra 4 chipset.

Do these recent commits, which do reference a Nvidia Tegra 4 ‘system-on-a-chip‘, refer to this? If so we can look forward to a powerful device:

Also found in separate commits are details relating to developer boards based on Intel’s “Bay Trail” CPUs. These mobile-minded processors, many of which are used in new Windows 8 ‘convertibles’, have long been predicted by tech pundits as likely to feature in Chrome OS (and Android) notebooks.

One of the boards being tested pairs an Intel Atom E3845 (Bay Trail) clocked at 1.9Ghz with 2GB of RAM.