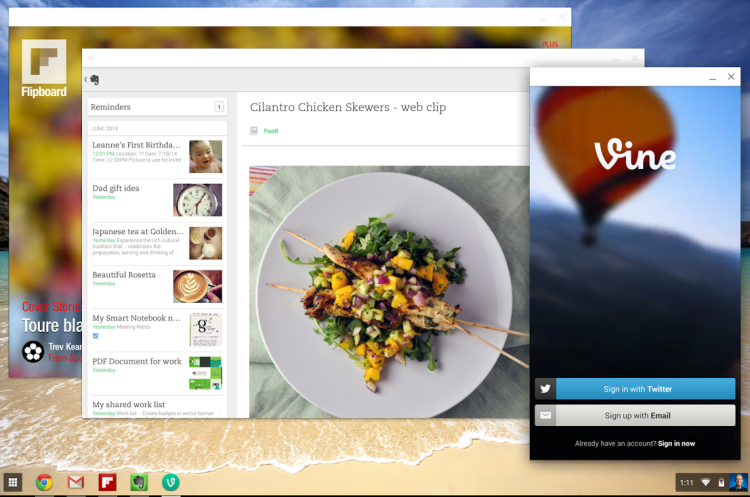 One of the biggest surprises at I/O 2014 was Google’s plan to bring select Android apps to Chrome OS later this year.

But which apps? Well, that’s entirely up to you.

Little is yet known about the technical implementation of getting Android apps running on Chrome OS. Android and Chrome lead Sundar Pichai used the term ‘port’ during his demo of Evernote, Vine and Flipboard running on a Chromebook, so it does seem that this isn’t (as some initially believed) clever use of the Screen Mirroring feature debuting in Android ‘L’.

“We won’t be able to support every Android app from day one,” cautions Google

What is evident is that the process is not straightforward or without work. Anyone expecting to have access to the vast catalog of Google Play on their Chromebook will be disappointed to hear that only a ‘handpicked set’ of apps will be supported at first.

“We won’t be able to support every Android app from day one,” cautions Google.

But to help get things off to a solid start the company is asking for your feedback on what Android apps they should focus on porting over first.

You can vote for an application you think would be super useful on a Chromebook through this Google form. Google isn’t going to use every suggestion, but the feedback generated by the survey will help them identify specific use cases that could enhance the experience of Chrome OS.

You can nominate your favourite applications by filling in the form at the link below.