The first stable release of Google Chrome for Android has been pushed to the Google Play Store.

Minor UI tweaks, bug fixes and security improvements feature in the update, which bumps the Chrome for Android version number to 18.0.1025123, and removes the previously added ‘beta’ tag. 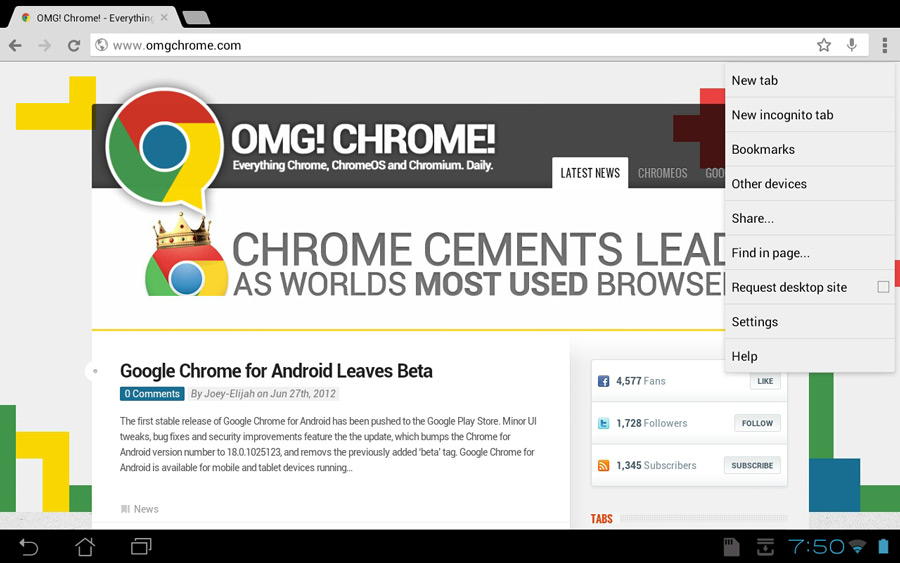 zmbdog My chromebook crashes while formatting an external drive. It also…
How To Format an SD Card or USB Drive on a Chromebook

Farran I want to keep the feature enabled, and for it…
Chrome Hijacking Your Media Keys? Here’s The Simple Fix

D Wolf You can literally choose any name you want. Whatever you…
How To Format an SD Card or USB Drive on a Chromebook