Google has announced that it will continue to provide security updates and bug fixes to Google Chrome on Windows XP until April 2015.

Microsoft end official support for the ageing Windows XP operating system on April 8th, 2014, more than 12 years after it was first released.

“We recognize that hundreds of millions of users, including a good chunk of current Chrome users, still rely on XP,” the company explained to users in a recent blog post.

“Since unpatched browser bugs are often used by malware to infect computers, we’re extending support for Chrome on Windows XP, and will continue to provide regular updates and security patches until at least April 2015.”

By offering users a ‘grace period’ of a year Google are, in effect, throwing a lifeline to millions of users who, for one reason or another, may be unable to transition to Windows 7, Windows 8 or Linux before next year’s deadline arrives.

During that intervening 12 months Chrome will continue to function as normal, Google say. The latest security fixes and bug patches will download and install automatically to protect users against phishing, viruses and malware infections.

Mozilla’s Firefox has historically maintained support well beyond the end of life for several platforms and this decision makes Google Chrome one of the prudent choices for anyone who will be using XP beyond spring of next year.

But it’s important that users don’t view this stop-gap solution as a long-term reprieve. Windows XP continues to become more vulnerable with each passing day.

For a free, modern alternative to Windows XP switching to something like Lubuntu – a Linux-based operating system that runs on older hardware, offers unparalleled security, and features a software store with thousands of free apps – could be the ideal solution.

Alternatively, for those that only use their computers for basic office work and web-browsing, an inexpensive Chromebook – like the new HP Chromebook 11 –  could make an ideal machine upgrade. 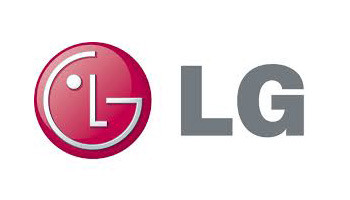 Do These Recent Trademark Filings by LG Hint At New Chrome Devices?
Read Next