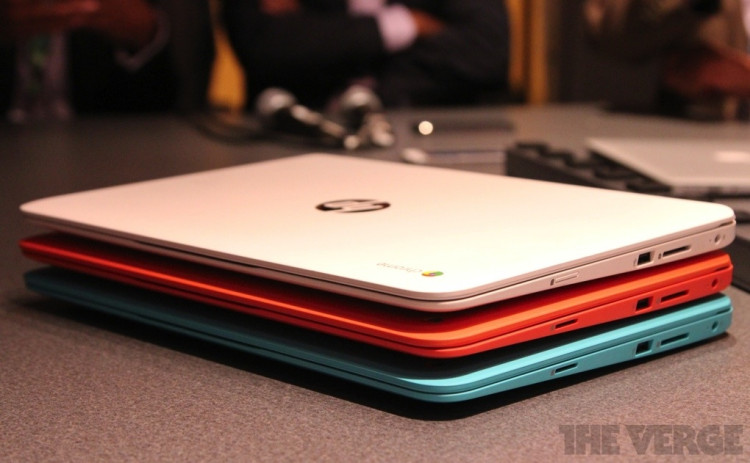 If you’re in the market for a new Chromebook you’ll want to put November 3rd in your diary – it’s the date that HP’s colourful new Chromebook sees release in both the US and the UK.

The $299/£250 laptop comes in a choice of three colours (all with ridiculous descriptions) and packs an Intel Haswell 1.4Ghz Celeron 2955U CPU at its core.

Don’t let the word ‘Celeron’ put you off – these 22nm processors deliver far better performance than previous chips but with far less battery use.

HP say that the Chromebook 14 is good for 9.5 hours on a single charge (though expect an hour or so lower in ‘real world’ usage).

A 4G model will follow the release of the Wi-Fi only model with a slightly higher price of $349. A 32GB model with 4GB of RAM will also be made available according to a HP rep we spoke to.

Initial hands-on reviews are tempered, most praising the OS and but not so much the materials housing it. The plastic trackpad in particular seems to bear the brunt of criticism.

But the large battery price, decent specs and affordable price offsets many of these concerns. Short of Toshiba or Acer’s new models pipping this, the HP Chromebook 14 appears to be the device to beat.

Will you be buying one?