Listings for Intel i3 Acer Chromebook Start to Appear Online

Rather like rain during the British summer, we all knew that a processor refresh was coming to the Acer C720 Chromebook series.

Today, after months of teasing, computing giant Acer finally confirmed that Intel Core i3-based Chromebooks will hit store shelves in the US and Canada later this month.

In June we reported that a handful early listings for the spec-bumped models had appeared online, a move that suggested a formal release was in the offing.

Proving us correct, Acer has confirmed the availability of two new models, both based on the dual-core Intel Core i3-4005U running at 1.7GHz and a 32GB SSD. The devices feature the same non-touch display, ports and outward aesthetics as the rest of the C720 line.

The chief differentiator between the new pair is in the amount of memory they come pre-built with. The cheaper of the two has a modest 2GB of DDR3L RAM, the other 4GB of DDR3L RAM.

First Chromebook With Core i3

“As one of the most powerful Chromebooks on the market, the additional performance of Core i3 enables an extremely responsive experience while surfing multiple tabs of web pages.”

The two Acer C720-3 Chromebooks are available to pre-order in the USA and Canada from select retailers as of today. Suggested retail pricing starts at $349.99 for the 2GB RAM model going up to $379.99 for the version with 4GB of memory. International availability is, as of writing, unknown.

As I noticed in an earlier article, the upgrade to Core i3 makes the Acer C720-3 one of the fastest Chromebooks available. With a super long battery life, stylish look and lightweight design, this model may just become the flagship consumer Chrome OS portable.

Will it tempt you? 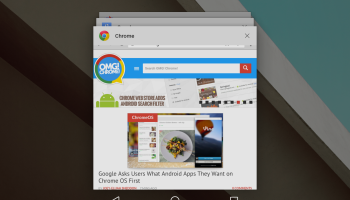