Similar to that offered by Apple, who introduced location and data-destruction capabilities to iOS back in 2010, the Chrome feature would allow owners of stolen or lost Chromebooks to “let Google help […] remotely lock, erase, and locate your Chrome OS device.”

The code push last month introduces a command line switch to development builds of Google’s browser-based operating system as part of a feature set referred to as ‘consumer management’.

When Chrome is launch with the command line switch active (note: not a flag) a ‘Security’ section appears in the Settings pages along with a button titled ‘Enroll’.

Running the switch or attempting to ‘enrol’ doesn’t, as of writing, do anything; no feature is triggered, option set nor does it grant access to anything. Google’s Francois Beaufort says that the feature remains a work in progress.

A similar feature for Android devices was introduced by Google in August of last year. With Chromebooks becoming increasingly popular in education and enterprise environments the additional of remote control adds another layer of security to an already secure OS. 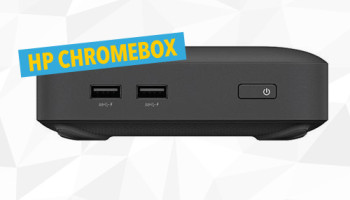 HP Chromebox Arrives in the US Priced at $179
Read Next