Microsoft has released a new Chrome extension for OneNote, its digital notebook app, that aims to make saving snapshots of web content faster and easier than before.

The software, popular with students, is part of Microsoft Office and has dedicated desktop clients for Windows and Mac, mobile apps for Android and iOS and a feature-limited web version.

Like any note collation service worth its paper clips, OneNote lets you add and arrange an array of content, including handwritten and typed notes, doodles and images, snippets of audio, citations, and so on.

With the OneNote Clipper for Chrome you can send screenshots of webpages to the Quick Notes section of your default notebook with a single click — no need to fire up a desktop app or upload a file to the online service.

To clip something, just click on the OneNote button in the Chrome toolbar when on the page you want to save. The first time you do this you will be prompted to link the extension to your Microsoft account. 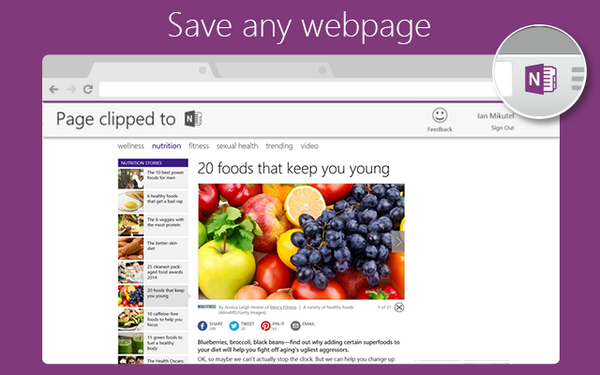 If you’re an avid OneNoter then the functionality on offer here may not seem entirely new. Earlier this year Microsoft released a bookmarklet compatible with Internet Explorer, Firefox, Safari and Chrome that offered the same features.  After looking at usage stats Microsoft say:

OneNote Clipper is a free extension for Google Chrome on Windows, Mac and Linux. Usage requires a Microsoft/Windows Live/Hotmail account.