A slog of super cheap Windows 10 laptops are on the way, as Microsoft renews its effort to temper the growth of Chromebooks.

The devices, which are expected  to go on sale in the US between mid-August and the years end, will be priced from as little $169.

This time frame suggests Chromebooks are to face stiff competition during the lucrative back-to-school period, a sales window in which they routinely dominate.

The past 12 months has seen Chromebook prices falling lower than ever before, with entry-level devices starting around the impulse-purchase price of $150.

‘Microsoft is being forced to release even cheaper notebook solutions’

Such tempting price tags has ‘forced’ Microsoft to respond by working with laptop makers on a set of price-comparable alternatives running the new Windows 10 operating system.

Not that it wanted to, of course.

Digitimes sources claim Microsoft “does not wish to continue cutting prices” but, to counter the continued success of Chromebooks, “is being forced to release even cheaper notebook solutions in order to match [them].”

(The same sources add that the ‘Windows with Bing’ initiative, which offered Windows for free to OEMs making devices of a certain size or price point, proved “useless” in tackling Chromebooks.)

Of the planned ‘Chromebook Killers’ —a hokey phrase I hate typing as much as you do reading — rumoured to be unleashed are the following, priced in USD:

The latter, alleged to be a Lenovo Yoga device, will be especially notable if undercuts the price of the upcoming Rockchip-powered 10.1-inch ASUS Chromebook Flip.

A Fresh Start for Windows

Price is not Microsoft’s only gambit in play.

Windows 10 itself is new. It brings a number of key new features to users including the Cortana voice assistant, the new Microsoft Edge web-browser, universal apps and a desktop UI and UX models that relies less on touch interaction.

Chrome OS has its own answer to many of those features, from Google Now to the Android Runtime for Chrome, but Redmond will be wagering that the “familiarity” and flexibility of a Windows-based device will play to their advantage, especially at a price point lower than that of many popular Chromebooks.

(Not that Windows lacks its drawbacks, ones that play to Google’s advantage, e.g., security, viruses, higher OS overheads, legacy support expectations, and so on.)

Respectable pricing and a new OS are all possible motivators — but what about performance?

Well, that’s where things get really interesting in this report. Digitimes say these devices won’t just be cheap; they’ll also be powerful.

Their sources say Acer and co have been persuaded to use powerful 5th Gen Intel Broadwell processors (as found in the Acer Chromebook 15) and not cheaper, less powerful Intel Bay Trail chips (as found in most Chromebooks from the past 12 months).

If accurate that could be a dangerous game to play. If consumers can get decent performance in a decent device at a decent price what incentive is there to buy more expensive devices, the ones where OEMs make far better profits?

Losing that key differentiator of price will — if this report holds up — have an affect on sales of Google’s cloud-based notebooks. How drastic? Well, that remains to be seen.

It’s also too early to tell what the consumer reaction to Windows 10 will be. The legacy of Windows Vista and Windows 8 advise caution.

There’s also a sluggish PC market to contend with. Chromebooks are, at present, one of the few areas of growth in the industry. That is in large part down to huge volume sales to education sector, where Chromebooks have wiped the floor with Windows, pushing it to the point of irrelevance.

Cost has played its role here but so too has the value Google built into Chrome OS. It is the easy deployment and management, built-in security, simple upgrades and all of that caboodle, that educators have responded well to in addition to price. 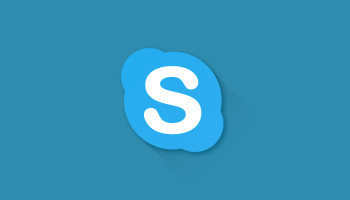 How to Use Skype for Web in Google Chrome
Read Next