A new Chromebook from American OEM CTL launches stateside this month, with a rather lowly $199 price tag attached.

The CTL SB4 Chromebook SB4 joins the company’s Rockchip-based J2 and J4 education Chromebooks and the earlier, Intel-based NL6 (aka the ‘briefcase Chromebook‘).

“The CTL SB4 has a sophisticated design with a thin profile making this Chromebook versatile for the classroom or the boardroom,” CTL President Erik Stromquist says of the new device in a press release.

The SB4 offers a lengthy 9.5 hours of battery life and is powered by a middling, but capable, Intel Celeron N2840 processor (dual-core, 2.16GHz).

On the plus side, the model comes with 4GB RAM as standard. a trend other Chromebook OEMs should definitely follow.

In a sea of humdrum middle of the road Chromebooks boasting Intel processors the latest offering form CTL barely has its head above the water.

CTL is offering the SB4 will Chrome Device Management licenses, which will help to sweeten the appeal of the device with educators.

But lacking the pragmatic hardware touches of their earlier education offerings, one of which we dubbed the ultimate education Chromebook, it’s hard to gauge whether the SB4 will hold its own against similarly priced and ‘ruggedised’ education Chromebooks from Acer, ASUS and others. 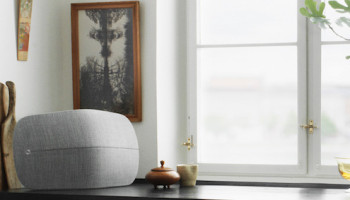