Evernote has become synonymous with being well organised and hyper-productive, not just in the minds of its 100 million users but those who, like me, aspire to be.

I have a confession: I’ve never quite “got” Evernote. Don’t misunderstand me; I’ve tried using the service online, on the desktop and on mobile. But each time I’ve been left feeling overwhelmed by how vast its feature set seems.

The interface is chock-full of options, settings, folders, notebooks, tags and more. This a tool that hundreds of millions of people rave about, yet I struggle to make work for me. And that makes me feel stupid.

I want to be productive and get organised, but the mere thought of having to invest in a new way of working sends my focus scuttling under the nearest excuse.

There’s hope on the horizon for avid Evernote enthusiasts and the wannabe work-efficient user like me. Announced earlier this month, a redesigned web client is in beta that makes all of my past  criticisms moot.

In the new design clutter and feature-creep have been brushed aside. The result is a clean workspace both supremely easy to get to understand but also still as featured as before.

Evernote say the newly spacious and light interface has been “built for focus”. And folks, they’re not lying.

The main canvas for note writing is a standout example of this. In the current “stable” version of the web client the entry pad is confined to a narrow strip on the right. And while toggling off the sidebar, hiding the tools panel or clicking the ‘pop-out’ button offers a bit more room, the “beta” version does this automatically.

The interface adapting to the task at hand, rather than you adapting to the interface, makes a world of difference. All the tools, panels and visual distractions melt away the moment you start typing.  Formatting tools reappear as and when you need them (e.g., when selecting text, mousing over the right-hand side, etc.).

The main navigational sidebar, which houses links to notebooks, tags, search, etc., is another standout area of improvement. The old school version was cluttered and dense. The new version more spacious and dynamic, with large buttons and colours that pop off the page.

Evernote was one of the first four Android apps Google brought to Chrome OS, a move underlining its popularity.

But with the web beta I honestly have no need to use the Android port anymore. Evernote Web now looks nicer, feels faster, and save for a lack of offline support, works better, too.

To try it out for yourself head over to Evernote for Web, log in, and click on the ‘beta’ prompt that appears.

If you give it a whirl do let us know what you think of it (and here’s hoping it makes its way to Chrome as a packaged app, not just a website shortcut). 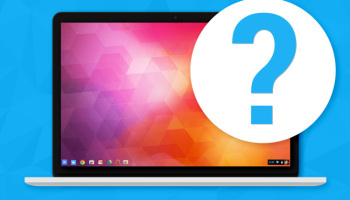 Which Apps Do You Have Pinned in Chrome OS?
Read Next