Remember that new Bay Trail Toshiba Chromebook we teased last week? Well, we’ve got a bit more information on it to share with you.

Two separate models are being prepared for a late fall launch, each with varying screen resolutions and RAM configurations like the upcoming Acer Chromebook CB5.

The cheaper of the pair comes with 2GB RAM, a standard HD (1366×768) resolution and 11 hour battery life (better than the 10.5 we were expecting). Tentative pricing for this model is $249.99 (US) making it more than competitive with similarly spec’d Bay Trail devices.

The second has a more generous 4GB of RAM plus a full HD (1920×1080) resolution. The increase in pixels being pushed means an increase in the power required to do so. As such, this model packs in a shorter battery life of ‘just’ 9 hours. MSRP for this model is $329.99 (US).

The release date being touted by Toshiba is November. However, the source who shared the latest slither of specs with us expect they’ll begin shipping sooner than that.

Other details remain less firm right now. We’re still not sure if this device is using an Intel N2830 or N2840 processor (both have been referenced in early listing). Both chips are Bay Trail and will provide better power efficiency than the Haswell-class Intel Celeron 2955U used in the current Toshiba Chromebook.

Are these specifications enough to tempt you? 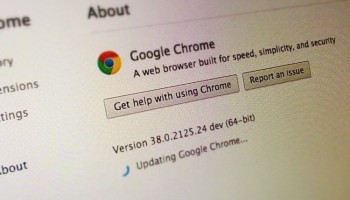