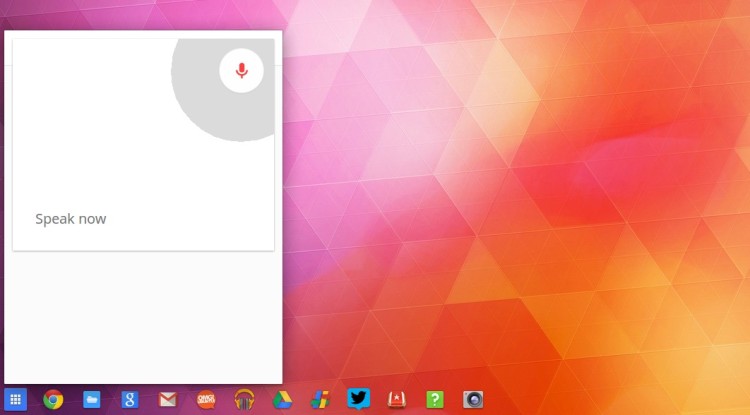 Minor improvements are on the way to the ‘Ok Google’ voice search feature in Chrome OS.

Canary channel ninja Will Greene, who told us about the changes by e-mail, reports that he was able to open ‘Google Keep’, ‘Files’ and ‘Get Help’ by name after trigging the voice search feature in the App Launcher using the ‘Ok Google’ hot word.

Similarly, Greene says adding a ‘.com’ suffix to a voiced search term will open the relevant website directly, rather than, as now, returning a list of search results.

For example, to launch this site one would only need to open the App Launcher, say ‘Ok Google’ to trigger voice search, then speak ‘omgchrome dot com‘.

It’s not yet know precisely when — or if — these changes will filter down to Dev builds of Chrome OS. But, with recent builds of Chromium on the desktop enabling ‘Ok Google‘ support to the Chrome omnibar, it’s clear that integrating voice search into Chrome ranks highly on Google’s list of priorities for right now.