As the capabilities of Chrome Apps have grown one service has, thus far, remained largely unserved: Twitter.

Following the arrival of its desktop Instagram app Pixsta on the Chrome Web Store, makers Sweetlabs said they may bring their gorgeous desktop Twitter app ‘Tweeki’, too.

In the meantime the only options available to Chrome users are to use the official website or roll with one of the many extensions or web apps available, such as TweetDeck or Twitter Notifier, which we reviewed a while back.

On my primary Chromebook, a Samsung Chromebook, resources are tight. The main Twitter website doesn’t run particularly smoothly – a point since laboured in its most recent revamp and the arrival of new animations – and neither do either of the aforementioned apps.

Paridae is a small extension for Google Chrome and Chrome OS that takes the official Twitter website and makes it responsive.

While it is distributed as an extension the chief result behaves more like a regular Chrome app. It adds a button to the Chrome toolbar that launches a restyled version of the Twitter website in a slimmed down popup window. 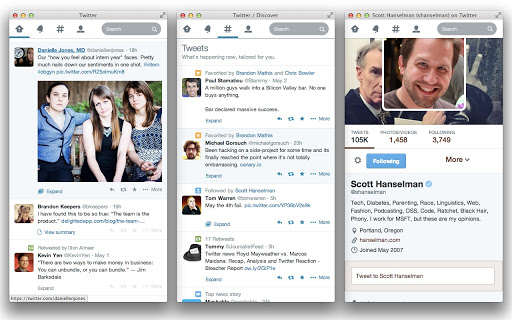 You’re probably thinking that you could shrink a Twitter tab down yourself, and you can. But the result isn’t nearly as pretty as that enabled by this tool. 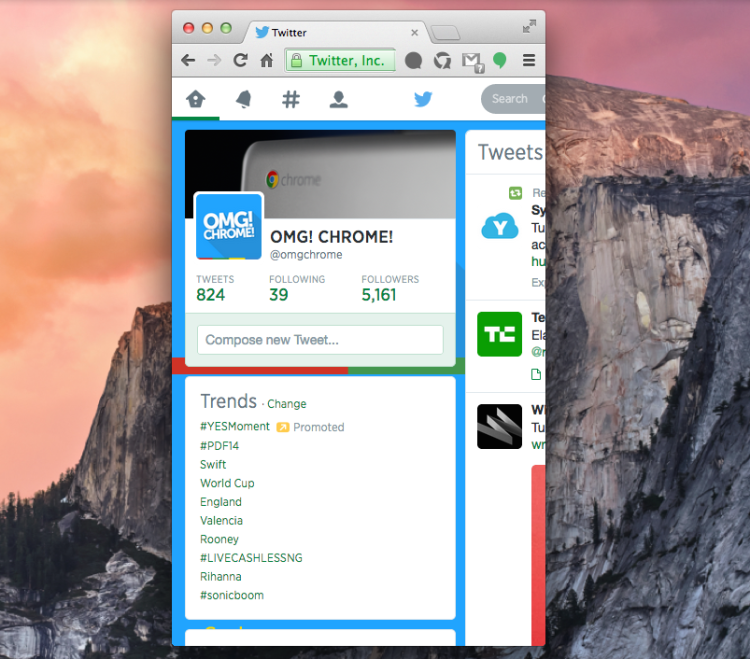 This add-on makes Twitter responsive and lighter to use. It restyles the site to hide needless elements and functions and by disabling animations makes interactions and media load quicker.

It also offers omnibox support for searching Twitter, loading up a user profile and jumping to specific views with keyboard shortcuts. Just type ‘@’ and enter a term or an @username.

It’s not a perfect solution by any stretch. For example, the Compose button is hidden by default in the standard width and the fact it can only be opened through a toolbar item rather than an App Launcher icon means the window is easy to lose.

Paridae does what Twitter doesn’t: it makes the official website responsive and less resource intensive on lower-end hardware. It won’t suit power users or rival Tweetdeck in features, but for casual needs it makes dropping by the water cooler of the internet a fast and frustration-free experience.

The app is free and available to install from the Chrome Web Store.