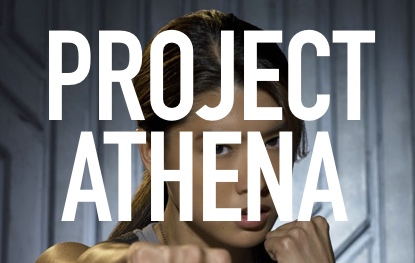 Recent commits to the codebase that underpins Chrome appears to suggest that a new user experience for Chrome, codenamed ‘Project Athena’, is in active development.

A batch of source code commits and issues tracker listings have been found tagged with the label.

Kevin Tofel at Gigaom reported on the findings to speculate that Athena could be a “replacement for, or the next evolution of, Ash,” the current window manager used in Chrome OS.

It’s perhaps a little too early to make that broad of a leap. Responding to one issue, the Password Manager team  said they hadn’t heard of project Athena and required an introduction.

Like trying to assemble a jigsaw puzzle without the box image and vital edge pieces, it’s hard to mentally picture the form Athena is going to take. The fragments available do point to it being some kind of significant update to both the aesthetics and user experience of Chrome OS.

But to start out with the familiar, there’s a new application launcher in the works called Ares. Chromium developers describe it as such:

What this will ultimately end up looking like is anyone’s guess, but so far the code is pointing to a new take on our friend the App Launcher.

Searches, settings, support, and speech recognition all make appearances in the codebase and the current launcher looks to be a list of apps – nothing too dissimilar to what Chrome OS already has.

There’s also a “home card” for launching applications, currently set to be bound to CTRL+L. Whether Ares or the home card ends up looking anything like the App Launcher as we know it has yet to be determined, but shouldn’t be as jarring an experience as a UI overhaul would suggest.

What follows is merely speculation based on personal interpretation of often vague issues and commits. Please take the following with a handful of salt.

Putting the familiar to one side, jumping into the publicly viewable source code for Athena and tickets in the Chromium issue tracker reveals some wholly speculative but intriguing impressions of what Project Athena could be heading toward, including workflows that sound similar to those found in Android.

Athena will purportedly drop “tabbed content” altogether, which may open the door for making the browser in Chrome OS — or at least the part of it that runs in Athena — behave more like its mobile interface for phones.

There, tabs often behave like items in a stack rather than separate entities needing to be closed outright like on the desktop. Opening a link in a new tab then pressing the back button doesn’t simply close the app or do nothing at all; it closes the tab and returns to the previous tab.

The other building blocks of Project Athena even follow a similar nomenclature to Android. Activities form the basic structure of Android apps, and in Project Athena they appear as the foundation to a new workflow.

The source code for these ‘activities’ currently contain a WebActivity and an AppActivity – the former used when browsing web content and the latter for Chrome Apps. A number of hardcoded “app IDs” for Google products, like Gmail and Google Calendar, currently open web activities to their respective sites.

It’s unclear how exactly activities will be organised, with tasks, stacks, cards, and simply windows used to refer to how a user could switch between various parts of the Athena workflow. A ticket for basic gesture support shows “switch[ing] to the previous task” accomplished by a drag from the left edge to right, while a ticket for the Most Recently Used stack offers a way for users to see their latest activities. 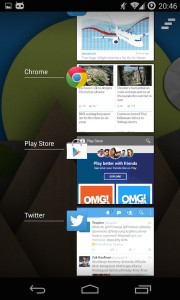 What’s more, the MRU ticket has a number of points that sound similar to what Android’s own app/task workflow currently offers. A “UX [that] will steer users away from closing content” should still offer a way to close unused Chrome Apps and pages, however subtle, but would otherwise show a prioritised list of your previous tasks – not unlike Android’s recent apps list.

This navigation could also be using a similar style to Android’s recent apps or even a card-based UI similar to Google Now, et al., with Athena “organiz[ing] cards of activities in an MRU fashion.”

Mapping “anything the user can experience [to] a URL” to provide navigation support for traversing the backstack could also make Athena’s workflow behave like Android’s tasks, depending on how the Athena team ultimately implement navigation between activities and their stacks.

On top of it all, the notion of adding activities to a particular stack/task is a workflow you’d expect from an intent system. Chrome’s Web Intents implementation has since been removed, but various files can already be opened directly in Chrome Apps and url_handlers offer apps an opportunity to handle URLs in much the same way Android apps do with intent filters.

Pulling all of this speculation together, you’d launch the Gmail activity from Ares, click a link to open a new web activity, open a few more links, click a calendar item on a webpage to get to the Google Calendar activity, then swipe/click back through the backstack to get to your emails again.

Whether this is what Project Athena has in mind remains to be seen, but it’d certainly be a new way to work on the Chrome OS desktop – for better or worse.

Back to Kevin Tofel at Gigaom who also speculates that the new interface might be for a Chrome OS-powered tablet.

Project Athena does appear to bring in a number of touch-oriented features currently found in Chrome OS that’ve been, up to now, used only for touchscreen Chromebooks.

High DPI assets could simply point to more Chromebooks sporting “retina” displays in the future and adding/porting support for accelerometers and gyroscopes –  the former most notably used for determining screen orientation on Lenovo’s convertible Chromebooks – makes sense for other convertible form factors and a general attempt to make Athena as compatible with existing APIs as possible.

There are also ample references to gestures, running two apps side-by-side, wrapping activities in containers with title bars and navigation functions, and a whole heap more.

It’s a bit too early to be throwing money at the screen for a Chrome OS tablet, but it’s an ever-enticing thought nonetheless!

With Project Hera doing some of its own interesting things on Android, could there be a Project Zeus to bridge the two together? Is Athena some kind of workspace for interacting with Hera tasks? And does any of this relate to recently leaked plans for a unified design language across all Google apps known as ‘Quantum Paper‘?

While Google has yet to confirm any such plans at present, Google I/O may quietly reveal more. But for now the only real certainty in all that there’s a whole heap of uncertainty.

Home » Chrome OS » Chrome Devs Working on ‘Project Athena’ — But What Is It? 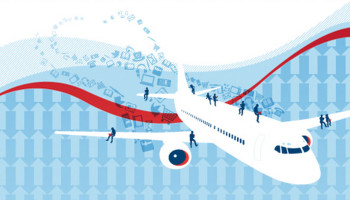