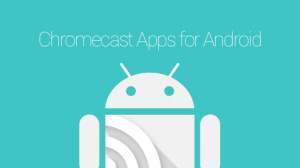 November continues to be a great one for fans of Google Chromecast, with the past week alone seeing a number of well known apps adding support for the $30 streaming stick.

Among them US cable network Showtime, who has updated its free ‘Showtime Anytime‘ Android app with cast functionality. That means shows like Dexter, Homeland and Ray Donovan can now be beamed from your smartphone or tablet to their rightful place: a big screen TV.

An active (legit) Showtime subscription is required to make use of the app and its new Chromecast support. Check with your local cable company for more information on that.

In the mood for something more cerebral? TED talks offer up bite-sized purviews on everything from robotic computing to the reality of consciousness.

Previously one needed to use the Netflix or YouTube apps to shunt talks to a nearby screen. But with the latest updates to the official TED apps for Android and iOS, cast functionality comes built-in. Now that’s life changing ;).

The applications is free to download and available from both Google Play and Apple App stores.

Version 2.0 of the app works with Windows and OS X and can drive screens at up to 1080p resolution, cast specific apps or windows, and connect to multiple receivers at the same time.

The app previously worked with Apple AirPlay equipment only.

AirParrot 2 costs $14.99 for a single license, though discounts are available through high-volume purchases. Owners of AirParrot 1 will need to ‘pay’ to upgrade.

Flap on over to the official product page to learn more, upgrade or buy.

As an aside, a Chrome OS version of AirParrot is available to buy from the Chrome Web Store. However, do pay attention to the early reviews, which are far from encouraging. The $9.99 app has been criticised by buyers for ‘laggy’,  ‘blurry’ casting and a lack of audio streaming. 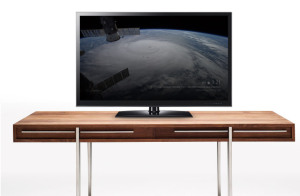 Space might be the final frontier, but it is also a source of stunning desktop wallpapers.

Google has teamed up with NASA to bring a swathe of celestial space imagery to the Chromecast idle screen.

To opt in, navigate to the backdrop feature in the official Chromecast app, tap the settings button and select ‘NASA’ from the Satellite category. 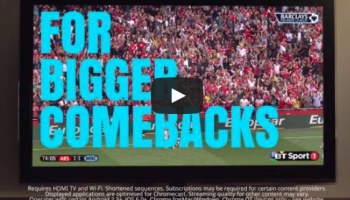 Check Out The Latest Chromecast & Chromebook Adverts
Read Next