Whenever coverage of a Chromebook appears online you can bet your bottom dollar some someone, somewhere will pipe up to repeat well-worn fallacies about their usefulness.

These self-appointed experts confidently claim that Chrome notebooks are overpriced, underpowered and about as useful as a wooden doorstop when WiFi is down.

But most of these “facts” are not true. If they were, Chromebooks wouldn’t be selling. And we know that they are – in big numbers to boot!

With the majority of people, from students to businesses to educational institutions, able to grasp the value of the humble Chromebook, let’s try and help those struggling to understand their popularity by nixing a few long-standing misunderstandings…

‘The Chrome Web Store has an entire section full of apps that work offline.’

Since their inception one comment stands above all others in its perpetuated-ness: ‘Chromebooks are useless without an internet connection’.

This is not true. While a lack of connectivity will limit what you can do – you can’t, for example, set a device up without first connecting to the net – it doesn’t render your device obsolete.

Firstly, the Chrome OS operating system continues to works offline; you can watch local video files; listen to music; access files, etc on a Chromebook without being chained to the net.

Secondly, the Chrome Web Store has an entire section full of applications and extensions that work just as well offline as they do online. All bases are covered, from work essentials like Google Docs, Gmail and Wunderlist, to pastime favourites like Pocket, Angry Birds and Kindle.

Updating Facebook and checking the latest news may be impossible without a connection, but that’s the situation on any device, not just Chromebooks.

So next time you hear someone throw up this myth do them a favour and point them to the Chrome Web Store’s Offline Apps section.

View Offline Apps for Chrome on the Web Store

Chrome OS is based around a web browser, that much is true. But the accusation that it’s “just” a browser and no more is a misguided one.

No other browser is able to power a full desktop experience.

Everything that appears on a Chromebook screen is handled by Chrome, from the ‘Aura’ desktop shell to the login screen and user management features.

And while Chrome wouldn’t be able to do half of what it does without some help from the Linux kernel – which is what allows hardware to work just dandy – it remains an impressive testament to the versatility of web technologies.

As arguments against buying a Chromebook go this is the one that frustrates me most. Commenters, journalists and tech pundits alike all too quickly leap to compare the functionality of a Chromebook against a more ‘traditional’ laptop.

Just this week I saw an article putting the Toshiba Chromebook against the latest Macbook Air.

Despite the form factor being similar the proposition – the value – of a Chromebook is different. That’s why comments that berate “… spending money on a Chromebook when normal laptops can do so much more!” miss the point entirely.

It’s better to view Chromebooks in the same vein as other portable computing devices, like tablets. Comparisons with the productivity of an iPad, for example, make much better sense than those with a full-blown, 16″ Windows laptop.

“The true value in ChromeOS is what it DOESN’T have,” writes Vance McAlister. “My conservative guess is that at least half of all computer users do not need a traditional OS. ”

And that underlines the true USP of a Chromebook. 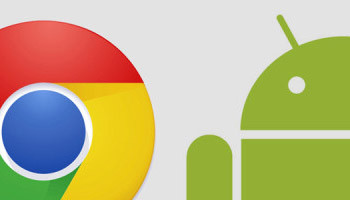