Educators are fast becoming spoilt for choice when it comes to Chromebooks, with almost every major Chromebook now being pitched at students and schools first, consumers second.

Today brought word of two new Chrome devices that are being aimed, primarily ,at students and classrooms: the RGS Education Chromebook and the Compal Atlas Chromebooks.

The Compal Atlas Chromebook (via Notebook Italia) is far more original in its appearance. The screen bezel/lid has been designed around the look of Chrome browser itself, with a protruding “tab” at the top of the 11.6-inch screen. 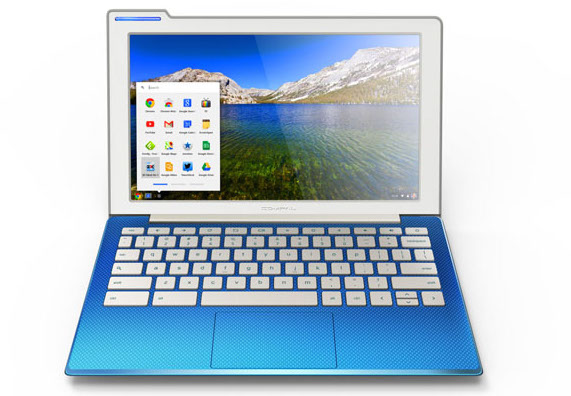 This lip isn’t just aesthetic either. It houses an LED strip for showing off the current Wi-Fi strength.

Other than a pair of pictures and a brief outline as reported by the source above there’s not a whole lot more to go on than what it looks like. The Taiwanese ODM seems to provide no specifications, no launch date and no price point.

Compal Electronics is, along with Quanta, is one of the leading manufacturers of laptops, overseeing the production of monitors, notebooks (including Chromebooks), TVs and other electronics for a swathe of well-known brands around the world, including  Acer, Toshiba, HP.

Like the Intel Reference Design used by CTL and RGS (see below for more on that) Compal may have produced the Atlas Chromebook as a reference for which other OEMs can order and fit to suits their needs.

As an example of how popular a reference design — i.e. design blueprints — can be we need to look no further than the Intel Chromebook unveiled last year..

Designed for education with ruggedised design, spill-resistant keyboard, built-in carry handle and a rotating webcam for helping assist in American STEM curriculum activities, it’s been picked up and kitted out by a handful of computer makers in the intervening months.

The RGS Chromebook (by way of The Journal) makes use of the Intel reference design, which we sometimes jokingly refer to as  ‘the carry-handle Chromebook’ and has served as the basis for devices from CTL among others

In choosing to use the Intel reference design RGS is saving them a lot of costs in design and engineering, something that might otherwise have seen them not bother.

While its means there’s yet another identical Chromebook on the market let’s also remember that it’s for education. The RGS target market will more concerned with dependability and functionality than standing out while out and about.

The devices also plays host to the usual smattering of connections, ports and extras, including a full-sized HDMI out, one USB 3.0 and one USB 2.0, an SD card reader and a novel 1MP (720p) rotating webcam.

You can find full details on the RGS Chromebook, including its benefits for educators, in this company PDF file. 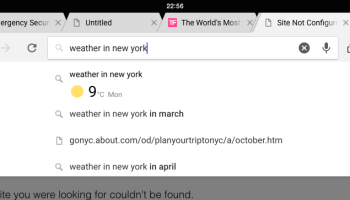 Chrome for iOS Brings ‘Answers in Suggest’
Read Next