Popular cross-platform media player VLC is about to get a whole lot more popular with Chromecast fans.

VideoLAN, the development team behind the open-source app, which is often described as the Swiss Army Knife of video players thanks to its ability to play virtually any file format, has confirmed plans to include Chromecast support in future releases of its apps on Android, iOS and, most interestingly, desktop.

Google’s cheap media streamer is already supported by a number of leading mobile applications, including Netflix and BBC iPlayer, and is  available to buy in a growing number of countries.

Chromecast functionality will appear first in the iOS app in the form of a plugin, says the project’s resident OS X and iOS developer Felix Paul Kühne. Speaking to Gigaom, Kühne says iPhone and iPad users can expect to receive an update featuring cast support sometime in the next 4-6 weeks.

The official VLC for Android app will also be kitted out with the feature once the iOS version has been released.

Kühne, posting on the official VLC Forum, also says desktop users can expect to find casting functionality in the future, too:

“In addition […] we are also working on a Windows / Linux / Mac implementation, which will take a bit longer because it’s harder.”

The delay in enabling desktop cast support lies squarely at the feet of Google as they’re yet to formally offer an SDK to desktop app developers. It’s because of this that enabling desktop-to-TV casting will be tricky. The VLC team will need to get creative to offer it in the near future, mostly likely by working in tandem with the official Chrome browser extension.

While it’ll be a while before we see VLC developers tackle the feature on the desktop, the iOS app is on course to gain Chromecast support sometime during the next month or so.

VLC for iOS is a free app available from the App Store. 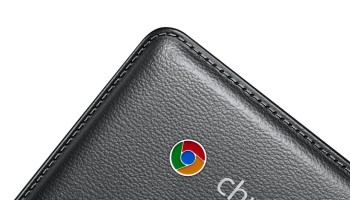