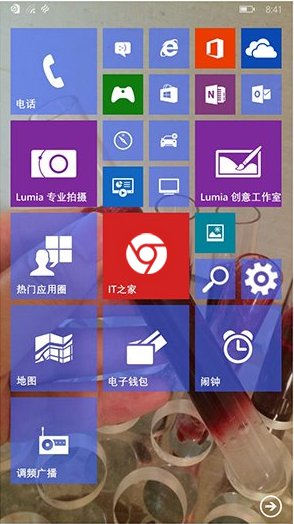 Windows Phone fans have renewed their plea for Google to bring Chrome to Microsoft’s mobile platform.

A new bug has been opened on the Chromium issue tracker asking for a port to be considered, and suggests that the upcoming release of Windows 10 could make it ‘possible to get Chrome to run on Windows phones.’

In addition to providing a familiar frame around the web the bug author says he would like to see bookmark and history sync available to Windows 10 Mobile devices.

A Google engineer revealed last august that there are ‘no plans’ to bring Chrome to Windows Phone soon.  He explained that ‘no simple port’ was possible and the browser ‘needs more privileges than a regular Metro app [provides]’.

But one year on and the upcoming launch of Windows 10 might — possibly — offer the Windows Phone flock a glimmer of hope.

Microsoft is going all out in making Windows 10, which runs the same core OS across desktop, tablet and mobile devices, attractive to developers.

‘Windows 10 has the ability to run iOS and Android apps’

From a less restrictive Windows Store (no longer restricted solely to ‘Metro’ app) to providing new developer tools. Windows 10 even has the ability to run iOS and Android apps (albeit with some tweaking) — all an attempt to bring apps, more apps and even more apps to the platform,

It’s this latter feature, the ability to run recompiled Android and iOS applications, that many fans are seeing as a potential route for Google Chrome to arrive on the Windows Phone platform.

With a twiddle of code in either their existing iOS or Android app and — bam! — it’d be available to Windows 10 Mobile users through the Windows Store.

It’s not clear if it would be quite that simple. Chrome for Android is tightly tied into the OS, while the iOS app makes use of Apple’s Safari Webkit layer which is not available outside of iOS.

Universal Apps can be built in a wider range of technologies than ‘Metro apps’. UWAs built for the Windows 10 desktop can (if the developer allows it) be installed on the Windows Mobile 10, on tablets, even on Windows Holographic — and vice versa.

Making Google Chrome a Universal App for Windows would require a fair amount of effort, making it a route the company is unlikely to take.

It also remains to be seen if Microsoft’s new Edge web browser, which is a Universal App, will lessen the demand for Google Chrome on Windows platforms — particularly as it will support Chrome extensions.

For now, the new opportunities on the table have stoked optimism among the Windows Phone faithful.

How to Support The Request

If you’re a Windows Phone user longing for Chrome you can support the request by starring the issue linked to below.

Note: unless you are making a technical point do not comment on the issue. Do not add “yes, do this”, “hurry up” or “I want this” comments. This will not help and may cause the bug to be closed (each comment spams hundreds of developers with e-mails and alerts, most of whom are not in a position to make the request a reality).