We’re used to hearing about people opting to install Linux on their Chromebook but Windows?

Redditor Coolstar has done just that — and then some.

Not only has he wrestled Windows 8.1 on to an Acer C720 Chromebook (no mean feat) but has also started porting some Linux drivers to Windows to get key hardware working well with it.

With a bit of elbow grease and coding know-how he’s gotten almost everything, from the keyboard to audio to power management, up and running.

It’s not 100% complete and a few gaps remain to be filled, like working brightness controls, HDMI out and, more crucially, the touchpad.

But coolstarorg says that his Chrome-less creation runs Windows ‘a lot better than one would expect from a $250 machine’.

To demo his progress he’s shared a video clip of Windows 8.1 running on his Acer C720 Chromebook.

Coolstarorg say that he will make his custom Windows drivers available to download so that others can attempt their own Windows install.

With Windows more widely used than Linux, which is already a popular ‘hack’ with many Chromebook owners, this sort of effort is something we may see more of in the future, particularly as the low-end friendly Windows 10 makes its way into the wild.

If you’re contemplating performing this ‘hack’ on your C720 when the Coolstar drivers are made available make sure you do plenty of research on the pitfalls beforehand. You’ll need 4GB RAM and a 64GB or larger SSD in your C720 too.

Other caveats to keep in mind:

Installing Windows on a Chromebook may sound counterproductive to many of us but as a proof of possibility it’s nevertheless exciting to see.

Home » Video » This Is Windows 8.1 Running on a Chromebook 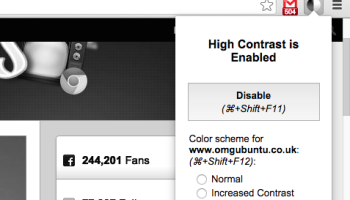