Specifications for a $199 HP Stream laptop, touted by many in the press as a potential ‘Chromebook Killer’, have leaked online.

German tech site MobileGeeks wrangled a data sheet for the 14.1-inch device, one of several low-cost and low-power devices announced by Microsoft COO Kevin Turner back in July.

HP already sell a cheap-ish 14-inch Android notebook and a 14-inch Chromebook. Adding a budget-priced 14-inch Windows 8 with Bing portable to the mix is, perhaps, a logical move.

With an entry point of $199 the Stream has been heralded by many hyperbolic headlines. Now that the full specifications for the entry-level model have leaked, does it live up to the bold claims?

Let’s start with the part that matters to most: performance. The HP Stream base model is priced at $199. For this you get:

On paper, the AMD A4 processor won’t match the performance of the Haswell-based HP Chromebook 14, much less newer models running Intel Core i3 or newer Bay Trail chip. It does have powerful graphics, so should handle rich multimedia experiences — including the Windows 8 interface — with ease.

The performance dip is the price paid to give the portable what so many Windows laptops lack: decent battery life. Newer Chromebooks are able to run for as long as 13 hours on a single charge. The HP Stream won’t rival this; based on the TDW and battery capacity, it should be good  for 5-6 hours of use.

Comparisons of Windows 8 vs Chrome OS are often wide of the mark and lacking proper context. They also patronise consumers and underplay the inherent strengths of both platforms.

Why? For all its success, Chrome OS is not — and will likely never be — a desktop operating system in the ‘traditional’ sense. It provides a specific kind of experience, tailored to a specific set of functionality.

Unless I missed a memo, the aim is not to out-Windows Windows.

Chrome OS is more like a companion OS; a ‘hands-off’, fuss-free alternative. It’s the one you can just ‘pick up and go’. The one that gets you online in seconds. The one that doesn’t ask you to muddle through a minefield of driver issues, worry about viruses or sift through the back alleys of the internet to find software for basic tasks — which may not even be what it claims.

Chrome OS is not Windows. It’s not a Swiss Army knife trying to do everything at once. It’s a consistent, convergent and cohesive experience. For the average consumer, the one tired of the hassle, bored of the overhead, and not that fussed about continuing to be chained to legacy software they rarely even use, it’s a viable alternative.

People who need or want a full Windows experience (and all that it entails) will always choose Windows.

At $199 the HP Stream will sell — and no doubt sell well. But is it new or novel? Cheap low-end Windows laptops have been available for a long time, yet Chromebooks have still managed to rise from nothing to command a growing percentage of the market.

The list of what a Chromebook doesn’t do compared to Windows is intrinsic to its success. Bigger isn’t always better, and cheaper doesn’t always sell. 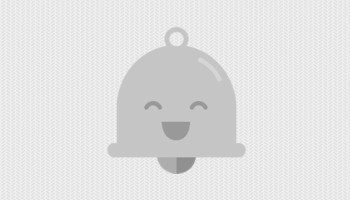