Of these Plex, Avia, and RealPlayer Cloud will let you stream “personal media” to your Chromecast. This was possible with AllCast – an app by CyanogenMod developer Koushik Dutta – before Google disabled the API being used back in August. Incidentally, this is another sign of Google’s attempt to woo larger content providers and producers by locking down APIs at the expense of smaller third-party developers.

Do note that Plex requires a PlexPass subscription at this time and Avia requires an in-app purchase of $2.99 to enable the “extras” that include Chromecast support. RealPlayer Cloud, however, lets you cast cloud or local content with just a free account. Some of the other apps listed above also have subscriptions or additional purchases that may be required to enable casting.

‘a significant boost to the Chromecast’s ecosystem…’

The Android apps should already be updated or be receiving updates posthaste with Chromecast support.  Some apps, like VEVO, have also been updated to add support for iOS devices, and considering the precedent set by Pandora, Netflix, Hulu, and most other Chromecast-toting apps, you should expect to see most iOS equivalents for these 10 apps updating in the near future as well.

This new pool of 10 apps is a significant boost to the Chromecast’s ecosystem given the device has only had some of the bigger names in content delivery – Netflix, Hulu, and Pandora amongst them – jumping on board in the first few months of the device’s existence. 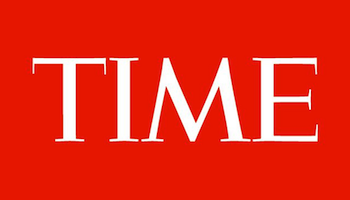 Time Magazine Picks Chromecast As ‘Top Gadget Of 2013’
Read Next