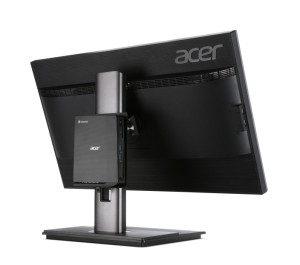 Acer has unveiled a new version of its CXI Chromebox that’s kitted out with a powerful Intel Core i3 processor and available with a huge 8GB RAM.

Chromeboxes have proven plenty popular over the past year thanks to low-cost offerings from the likes of ASUS and HP.

Acer is hoping to win more fans in the USA and Canada with a powerful update to its CXI Chromebox, which first debuted in August of last year.

Tucked up inside the same 1.3-inch thick case is some vastly improved hardware. Sure, it means the device is now more expensive than other Chromeboxes on the market but the trade off is plenty of bang for the buck.

The new Acer Chromebox features a 4th gen Intel Core i3 4030U dual-core processor running at 1.9GHz and available with either 4GB or 8GB of RAM — a big leap over the Intel Celeron processors chugging along in the older model.

Acer say the device is powerful enough to support a 4K monitor (which its handy VESA mountings can easily attach to).

For more details head on over to the official Acer website in the US which carries full specs, lots of images and some early online retail links. 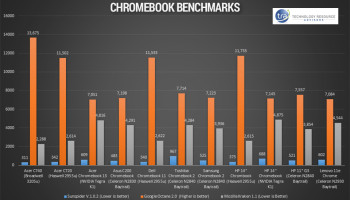