Archos, best known for making cheap (and rather decent) Android electronics, is to launch its first Chromebook later this year.

The 11.6-inch Archos Chromebook will sell for around €250 and feature a quad-core Intel processor, 2GB RAM and a 64GB SSD among the usual features.

The rub? Unlike Archos’ usual fare the new device will only be made available to schools in France.

The clamshell forms part of the company’s effort to get behind France’s “Grand Digital for Schools Project”, an initiative that aims to equip middle and high school students with over a million tablets and computers a year.

Archos is making four new devices as part of the project, all headed to the classroom. These include a 14-inch Windows notebook and a pair of Windows/Android tablets with keyboard cases. The ruggedised 11.6-inch Chromebook will also be offered, with a reinforced design to withstand bumps and scrapes.

Archos say it’s introducing a Chromebook and the 14-inch Windows notebook ‘to meet the increased demand of laptops in the Education sector’. With a price higher than similar spec’d devices from better known brands, it’ll be interesting to see whether schools and colleges snap them up.

You can see more details on the device, and Archos’ involvement in the Grand Digital project, by viewing the following press release. 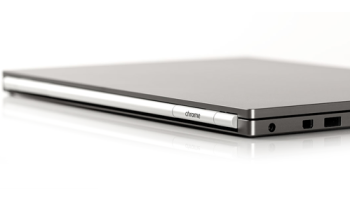