Further details about the upcoming ASUS Chromebook have been revealed — thanks to some overeager retailers putting listings online early.

So far there are no surprises; the devices favour low-price and low-power consumption over raw performance, though the choice of Intel chip is certainly not sluggish!

With more information now in the mix I thought it’d be an appropriate time to present a concise rundown of everything we know about the pair of notebooks.

Thanks to some leaked photos we know that ASUS claims this model sports a 10 hour battery life. To achieve this the C200 shuns the now standard Haswell-based Celeron chip at the heart of many of this generation’s Chromebooks, and opts for a Bay Trail-based processor instead.

The switch to this, in the form of an Intel N2830 Celeron which boasts two cores clocked at 2.16GHz, brings far greater power efficiency to users than the Haswell, but without compromising on speed. 2.1GHz is a fairly substantial leap over the 1.4GHz processors used in the likes of the Acer C720 and Toshiba Chromebook.

Even better: Bay Trail is designed to run without a fan — something the size of this notebook suggests is the case here.

On the RAM side you’ll find a rather disappointing 2GB RAM. It’s not that Chrome OS can’t run great on this, because it can and does, it’s simply that 4GB is fast becoming standard and does contribute to improved performance when multitasking.

To confuse matters, three distinct variants of the C200 have been listed: C200MA-EDU, C200MA-DS01 and C200MA-KX002. It’s not entirely clear what differences, if any, there are between these, though the ‘edu’ suffix points to that being aimed at education.

Specs at a glance:

The majority of the specifications are the same, barring a bump in screen size (and presumably resolution, though no word on that yet), double the memory at 4GB, and twice the storage at 32GB.

Specs at a glance

Suggested pricing for this model, currently around $340, hints at a high-resolution display akin to the Samsung Chromebook 2, which also sells in the same price bracket. That’s not certain, mind; the 13.3-Inch Toshiba Chromebook sports a comparatively low resolution of 1366×768.

All indications, including these listings, suggest that the originally mooted release date of ‘April’ is still on. Until ASUS themselves confirm anything I wouldn’t ink that date on your calendar.

Do these Chromebooks have what it takes to tempt you? 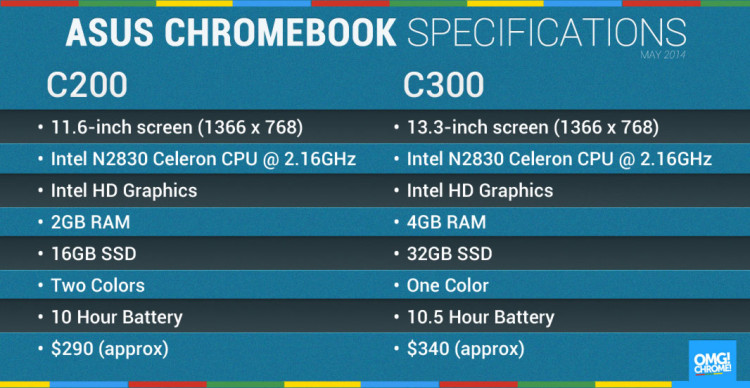 Home » Hardware » Everything We Know About the ASUS Chromebook — Including Price 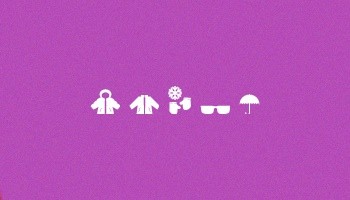 Chromecast to Display Weather Forecasts? Code Hints At It
Read Next