It’s no secret that ASUS plan to enter the Chromebook market this year. In fact, we’ve reported on it several times.  What is secret is the form their Chrome OS portables will take.

In news that hardly is, the model numbers of two ASUS Chromebooks have been revealed.

The Chinese-language technology site ‘VR-Zone‘ reports that two ASUS Chromebooks are on the way – the C200 and C300. The ASUS C200 will reportedly feature an 11.6-inch screen, while the C300 will match the Toshiba Chromebook at 13.3-inches.

One old rumour related to ASUS’ plans claim that the smaller of these devices will retail at $199, while the larger will come in at $249. But other than that we appear to know little else about them.

Likewise, we know that a Chrome OS device based on a Nvidia Tegra 4 SoC, which uses a 1.9Ghz Quad-core ARM Cortex-A15 CPU, was also in testing around the same time.

Could these be the ASUS C200 and C300 Chromebooks? Last summer we were told by a source that an 11-inch Tegra 4 Chromebook from ASUS was on the way – could the C200 be it?

Aside from ASUS, other Chromebooks rumoured and/or tacitly confirmed to arrive this year include a 8-core update to the Samsung Chromebook; an additional Toshiba Chromebook and – this one is best taken with a grain of salt for now – a general release of the convertible Lenovo Thinkpad Yoga Chromebook.

We’ll keep you up to date with the latest rumours as and when we hear them. 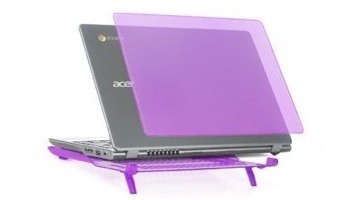