Google’s HDMi media streaming dongle Chromecast will be available to buy in the UK ‘within weeks’.

A spokesman for British electrical retailer Currys told TNW that it intends to sell the diminutive device from March 1 in the UK – though cautioned this date is still ‘provisional’ and subject to change.

‘This won’t technically be the first time that UK consumers have been able to buy one.’

Whether it arrives bang on March 1 or a few weeks later, this won’t technically be the first time that UK consumers have been able to buy one.

Back in October of last year Amazon US began accepting international orders for the $35 device, allowing British folk to nab one for well under £30. The e-tailer giant later admitted that it made a ‘mistake’ in accepting orders from outside of the US, but that it would honour those placed under the proviso that that the warranty included would be rendered void.

There is no official word on how much UK users can expect to pay for the Chromecast, though my educated guess would put somewhere around the £25-29.99 mark.

Updates as we get them. 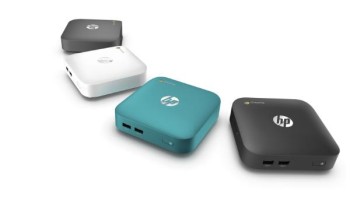 HP Chromebox Available to Buy This Spring
Read Next