Remember that nifty folder feature we told you was winging its way to Chrome’s App Launcher? Well, it’s landed in the latest dev builds of Chrome OS and Chrome on Windows – albeit hidden behind a flag.

Fellow OMG! Chrome! writer Craig Tumblison went hands on with the feature a couple of days ago in the latest builds of Chromium OS.

Now – and I say this with my adult face on – what you see in the screenshots below is far from being complete. The feature remains subject to change between the day you read about it and the day it arrives enabled out of the box on Chrome OS stable.

‘Click on an app tile, drop it on another, and bam – insta-folder creation.’

Understood? Grand. On we go.

Craig describes the workflow of creating and managing app folders as ‘very appealing’, adding that effort to make the feature “as simple to use as possible” is evident throughout.

The flow is pretty much spot-on with the descriptions we relayed back in October. Click on an app tile, drop it on another, and bam – insta-folder creation.

Clicking on a folder opens it up as a separate page, with a navigation button located for nudging back to the main grid. When inside a folder you can click on the title field to (re)name it to something more descriptive than the default label of ‘Unnamed Folder‘.

Looking good so far, though I can’t help but find the icon generated for a folder in the list lacking finesse.

Try It Out For Yourself on Windows & Chrome OS

You don’t need a Chromebook (or a degree in computer science to get Chromium OS up and running) to try this feature out. It’s already ready to play with on the Canary channel of Chrome on Windows, and the Chrome OS Dev Channel version 33.0.1712.3 and up. 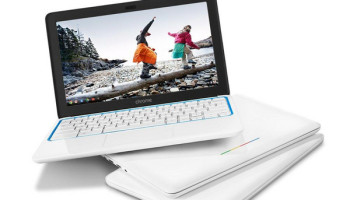