The Chrome team at Google have updated a post made on the official Chrome page on Google+ recently, stating that Chrome for Android will on par with its desktop counterpart starting early next year.

We expect an update to Chrome for Android starting with a developer update to happen before the end of the year, and we’re actively working towards aligning releases across all platforms, including Android, starting early next year.

Google has also said that a new developer version of Chrome for Android will be made available for testing at some point before the year ends, what version number it will be at that point is anyone’s guess for now.

Chrome for Android is currently at version number 18 (v18 for short), and the latest Chrome stable version is v23 so the team have got a lot of work on their hands over the next few months as it works to get the mobile versions up-to-speed (literally) as far as features go, with the desktop version.

What are you hoping to see in the developer version that’s coming soon? Hit up the comments and let us know! 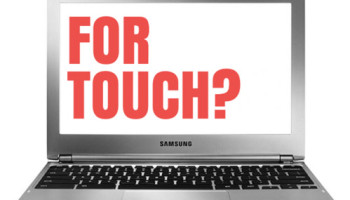 Google Launching Touchscreen Chromebook ‘By End of Year’
Read Next