A new version of Chrome for iOS is now rolling out to iPhones and iPads through the App Store — and there are major new changes in tow.

Chrome 40 for iPhone and iPad arrives drenched in Google’s Material Design language that was introduced last year alongside Android 5.0 ‘Lollipop’. Google has slowly been restyling its core app on mobile, desktop and the web with the guidelines, including Chrome on Android.

Naturally, this visual revamp touches nearly every part of the browser, from the look of the default ‘Most Visited’ page to the layout, spacing and design of the toolbar to menu sheets and settings pages.

New ‘fluid motion’ transitions and feedback effects have been introduced and are most noticeable when using the overflow menu, searching in the omnibar or switching tabs on an iPhone.

Incognito Mode on iOS has long been in need of some design attention, and with this update it receives it. Chrome’s “private mode” now sports the same dark design found on Android so as to better differentiate private browsing from a standard session. 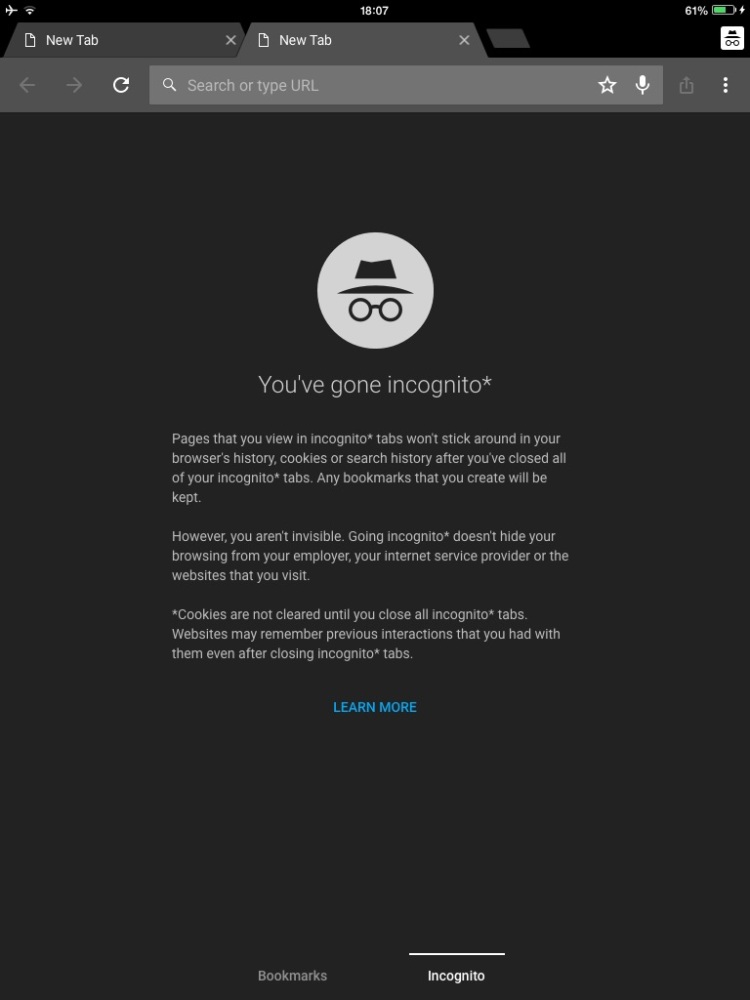 Sharing content is made easier with the addition of a ‘share’ button in the Chrome toolbar (appears in both standard and incognito modes). Unlike Chrome’s previous sharing system this one uses the native iOS intent system. 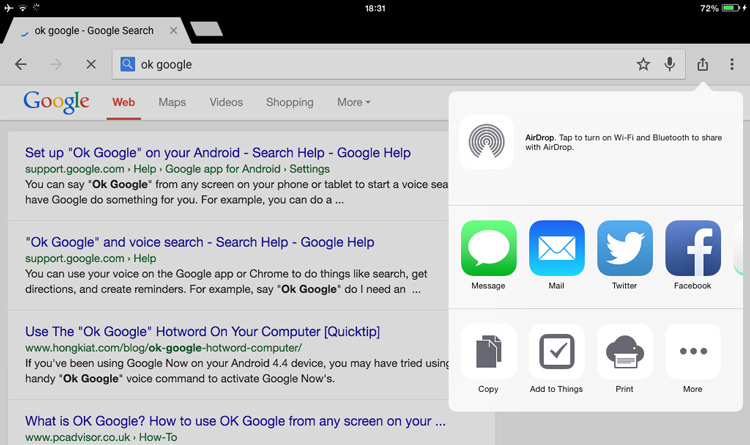 The Chrome app icon has also been updated to its new Material counterpart in use on Android. Although not instantly noticeable, the newer icon is marginally flatter, uses a light blue colour in the centre and a thicker, brighter inner white ring.

Also arriving in Chrome 40 for iOS is support for OS X Yosemite’s “Handoff” feature, letting users instantly pick up their tabs from the mobile app in their desktop browser (even if that browser is Safari).

Google says the update will roll out through the App Store over the next few hours. If you don’t have the Chrome app on your iPhone or iPad you can grab it for free from the App Store at the link below.