A Chrome developer tweeted about the feature this week, announcing “support for native notifications in Chrome 68 using the Windows 10 Action Center.”

Google Chrome has, for as long as I can remember, used its own custom notification style on Windows desktops — a decision that was never hugely popular with Windows users.

Chrome’s custom notifications, which at one point also added a ‘message centre’ and ‘notification bell icon’ to users’ desktops, were designed to both feel and function the same across all major operating systems.

But since dropping its “Chrome Apps” in favour of progressive web apps (PWA) the need for bespoke toasts that provide options/features operating system alerts don’t has lessened.

Google say that, for now, users currently engage less with native Windows notifications from web apps than they do Chrome’s custom ones. But this most will “get used to their notifications being in the Action Center” instead of on the screen.

If you happen to prefer Chrome’s custom notifications there’s good news for you too. Google says it’s will keep the ‘enable notifications flag’ around, even after the feature is default. This will allow you to revert to seeing custom Chrome notifications instead.

If you’re running Chrome 68 or later on Windows 10 you can enable native notifications for Chrome on your OS right now by opting in to the following flag (copy/paste the url into the address bar):

After turning native notifications on you will need to restart your browser (you’ll see a prompt for this). After which, you should be good to go! 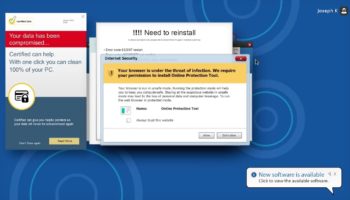