Google has released a new version of their operating system for Chrome devices. Version 28 brings the new rendering engine, Blink to Chrome OS; an all-new file manager and immersive browsing.

As with the Chrome update to 28 for Windows, Mac and Linux earlier this week the Blink rendering engine has now replaced WebKit. Check out our post about the Chrome 28 update which is included in this release of Chrome OS.

All-new File Manager – The File Manager has been updated to a Packaged App. It supports a new panel interface, speed improvements and support for files that are Shared with me and Recent on Google Drive.

Monitor Rotation and Scaling – you can scale the Chrome UI smaller and rotate the screen on all Chromebooks.

Finally, this release includes many bug fixes as well as performance and security improvements. I personally have seen significant performance improvements on my ageing Series 5!

Chrome OS 28.0.1500.68 is available now for all Chrome devices. Devices will receive updates over the next several days. 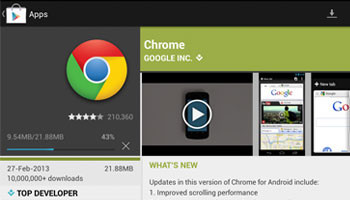