Hulu Plus subscribers can now “cast” videos from their phones and tablets to the Chromecast, letting them find and control content from their mobile devices instead of a TV interface like Google TV or Roku.

The Chromecast functionality includes basic video controls, caption options, and a ten second rewind. And unlike the current Netflix app, the Hulu app can enqueue videos for the Chromecast.

Hulu joins Netflix and YouTube in the small group of video services currently supporting the living room device. As we mentioned in our hands on with the device, the lack of content channels outside Google Play makes it far less useful than Roku or Apple TV if you’re invested in the iTunes Store or Amazon Prime streaming.

But Hulu’s update certainly bodes well for fans of alternative content distribution channels. With a new content source three months after the Chromecast’s release, it may only be a matter of time before Amazon and other content distributors release updated apps and cast buttons for their services.

There is no word yet about adding a cast button to the Hulu website whilst using the Chromecast Chrome extension, but mobile app support is already a significant step in the right direction.

More Info on the Hulu Blog 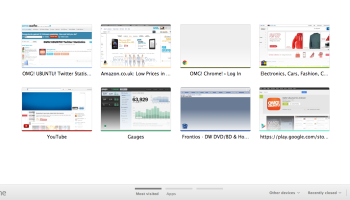 Don’t Like Chrome’s Revamped New Tab Page? Here’s How Switch Back to The Old Design
Read Next