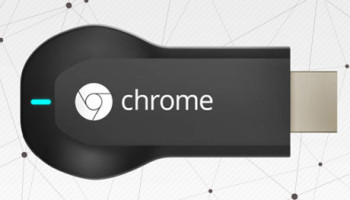 The long winter evenings are about to get a lot more fun, with Google announcing a swathe of new gaming titles now available for Chromecast.

Despite the small size and low price, Chromecast is well suited for casual gaming. It allows players to use their phone or tablet as a controller (avoiding the need for expensive extras) and allows a TV screen to double up as a game board or score chart.

A host of indie games already support the device, and the recent success of the Buzzb crowdfunder shows there is a demand for light social gaming from users.

Now US toy company Hasbro has added Google Cast support to a host of its family favourite titles, including Monopoly Dash, Connect Four Quads and Wheel of Fortune on Android and iOS.

Another, Scrabble Blitz, has been designed specifically for use with Chromecast. 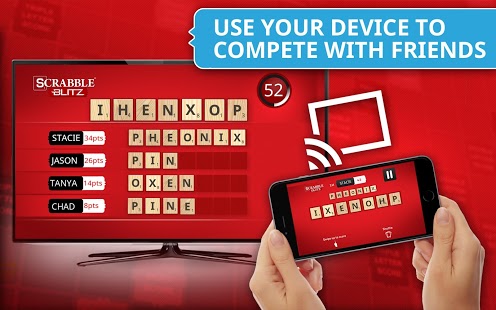 But it’s Google’s own Big Web Quiz that is the real standout title in this new selection. Designed and created by Google Creative Labs, also responsible for those natty new Chromecast backdrop features, the Big Web Quiz is bold, brash and hugely engaging.

Making full use of the Google Knowledge Graph, the game has hundreds of ever-changing questions, and keeps things interesting (and competitive!) through a variety of answer methods (multiple choice, ordering, etc.).

In Emoji Party you have to guess movie titles based on the assortment of cutesy emojis. Think of it as charades for the WhatsApp generation. A character in Girls (the HBO comedy) once exasperated “A panda next to a gun next to a wrapped gift… it makes no sense!” — at least in this game they do!

Finally, for those of you who like to move, the arrival of Cast support in Just Dance Now will get you shaking around your living room with your phone in your hand as you follow what’s on screen.

For now the majority of the new titles on offer are restricted to the US, though Big Web Quiz can be played online.