Someone with a calendar to hand tell me if it’s been a week since Google’s magical streaming device Chromecast was released. It hasn’t? Fantastic.

Yes, despite the Chromecast having been available for less than a week, devilish developers across the internet have been hacking on the $35 HDMI stick faster than a team of Cyanogen Modders locked up in a Jelly Bean factory.

Of the more fanciful my money goes to this: a gameboy emulator app running natively on the Chromecast, with game controls being sent from a PC or laptop keyboard. The developer behind the hack says there is virtually no lag between entering a control on a keyboard and seeing it received on-screen.

While the emulator itself runs directly on the Chromecast, using CSS and JavaScript, the ROM (read: game) played is hosted in the cloud. This is because, the developer points out “[the] chromecast is, according to Google, designed more as a cloud-based device, where all of your media-things are hosted online.”

Intrigued? You can find out more about the hack at the following Github page:

Wondering what a Chromecast is like when it’s not being hacked? Read our in-depth hands-on with the Chromecast. 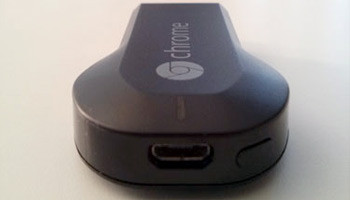 Hands On With The Google Chromecast
Read Next