The last few months have seen a myriad of traditional PC makers joining the Chromebook market: ASUS, Lenovo and perhaps most unexpectedly of them all, Dell.

The American, recently privatised PC maker has created a Chromebook aimed at the education market. Don’t let that put you off; it’s also available for casual customers in the United States and United Kingdom priced from around $279/£214.

But how does it compare to other Chromebooks on the market? Read on to find out…

The Dell Chromebook 11 is similar to most other Intel-based Chromebooks available today. In fact, it uses the very same Intel Celeron 2995U Haswell processor as the Acer C720, HP Chromebook 14 and the 13-inch Toshiba. So what’s so great about it?

Put simply: the processor delivers solid performance. I can freely jump between multiple tabs and apps with little to no lag. When I first got the device, it had problems with HTML5 YouTube videos lagging in the background and HTML5 games like Angry Birds lagging all the time. Interestingly, even Adobe Flash applications worked okay.

But now the issue seems to have resolved itself and all is working well. You still won’t be running Angry Birds with high details completely stutter-free, but the Dell Chromebook remains totally unfazed by everyday applications like Spotify, Gmail and Google Drive, which are what I most commonly use this device for.

I ordered the 4GB RAM version for an extra £20, and this is a likely contributor to the great multitasking capabilities of the device.

The Dell Chromebook 11 produces some heat and noise. The fans are hidden between the laptop and its display hinge, so you’re unlikely to feel the heat or even see the fans (something which really put me off buying the Acer C720).

The hubbub of a coffee shop or even the sound of music or a film easily obfuscate the noise emitted by the fans. It is only noticeable if you’re in a silent environment, and that’s where it gets quite annoying: the fans tend to spin up and down like it’s going out of fashion, something which is far more annoying than the consistent whine of a normal fan.

Of course, it’s not all about the internals. What’s on the outside counts as well, and I’m glad it does!

This is one of the nicest machines I’ve ever seen. It looks brilliant, with dark grey and black plastics encasing the internals. It feels great too, as the plastic on the outside of the laptop is silky and the plastic on the inside is soft.

It’s also well built. It doesn’t flex or creak and the screen only wobbles the tiniest bit when typing. The plastic is a little prone to scratches if you carry the laptop in your bag, but I think that’s a reasonable trade off with a device this cheap.

There are a few ports on the device: 2x USB 3.0 ports, HDMI out, headphone/microphone jack, an SD card slot and a Kensington lock port are all conveniently located around the sides. There’s also speakers on the bottom, which sound pretty good (and pretty loud!) no matter how you hold it.

The screen hides behind a nearly edge-to-edge pane of glass, achieving a tablet-like look. It looks nice and protects your screen a little too. Unfortunately, it seems impossible to clean once you’ve got any dirt on it.

The screen itself is a bit disappointing. The colours look a little bit washed out, the viewing angles aren’t the greatest and the glass on top of it makes it really glossy. When the brightness is turned up as far as it goes (it’s worth mentioning that it’s got a good range of brightness, going from completely blacked out to decently bright), it’s visible on a sunny day, but a better, matte screen would definitely serve it well.

My favourite part about the hardware, however, are the keyboard and trackpad. The keyboard is decently sized and well spaced out, and the keys require just the right amount of pressure to press, meaning I rarely miss a keystroke. The trackpad is perfectly smooth and large enough for all the gestures Chrome OS provides.

Finally: the battery. It too is pleasing, and while I haven’t extensively tested the battery life myself, the Verge reports this laptop has the best battery life of any Chromebook – something I can definitely vouch for. I could play hours of music, a whole series of a show or a few films and just leave my Chromebook be, knowing the battery would last.

Overall, the Chromebook 11 is light enough to carry in your everyday bag, small enough to use on your knees or in bed and provides a welcome relief from the limitations of my big, energy-guzzling Ubuntu laptop.

Talking of the limitations this Chromebook, like any other, is capable of doing a lot — but you need to be realistic about what you’re going to use it for.

Google Drive will be more than enough for storing the vast majority of your documents, photos and files, but with only a 16GB SSD on board you may want to use an SD card or external USB drive for larger files.

Personally, I think Chrome OS is enough for what I do on the go: make a few notes in OneNote, edit offline Google Docs document, revise some flashcards on Quizlet, etc. The things this laptop can do, it does really well. Not having to worry about system updates or viruses contributes to this, and I just love how I can shut my Chromebook anytime and then open it, enter my passwords and within mere seconds have everything I was working on before ready to go. It’s a really stress-free experience.

‘It’s fast, stylish and, most of all, reliable.’

Is it worth buying?

As a first time Chromebook buyer, this laptop definitely made a good impression on me. It is fast, stylish and, most of all, reliable. It’s a great laptop to travel with, and now I carry it with me every day. The only downsides are the mediocre screen and annoying fans.

However, if you’ve already got a Chromebook and are looking to upgrade, I’d say: wait a bit. The recently announced Intel Bay Trail Chromebooks come with a several advantages over current models, promising not only greater speeds, but also new form factors and fanless designs. 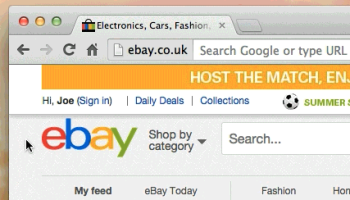