Chromecast owners have yet more reasons to cheer with the news that the American sports service ESPN has added Chromecast support to its Android and iOS applications.

For football — sorry, ‘soccer’ — fans with ESPN networks as part of their cable subscription the news means all 64 FIFA World Cup matches — including those all important Group G fixtures — can be beamed from a smartphone or tablet to a big screen.

ESPN’s other sports content will also be available through the feature, so if soccer isn’t your thing you’ll also be able to kick back with big-screen NBA Finals, NASCAR races and the 20th Summer X Games , which kicks off in Austin, Texas on June 5.

WatchESPN is a free application available for Android and iOS. It requires an active cable subscription to ESPN Networks and is only available in the USA.

Watch ABC and Watch Disney are also said to be adding Chromecast support to their mobile apps in the coming weeks. 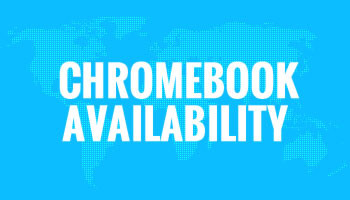 Chromebooks Coming to 9 New Countries, Including Spain, New Zealand and Norway
Read Next