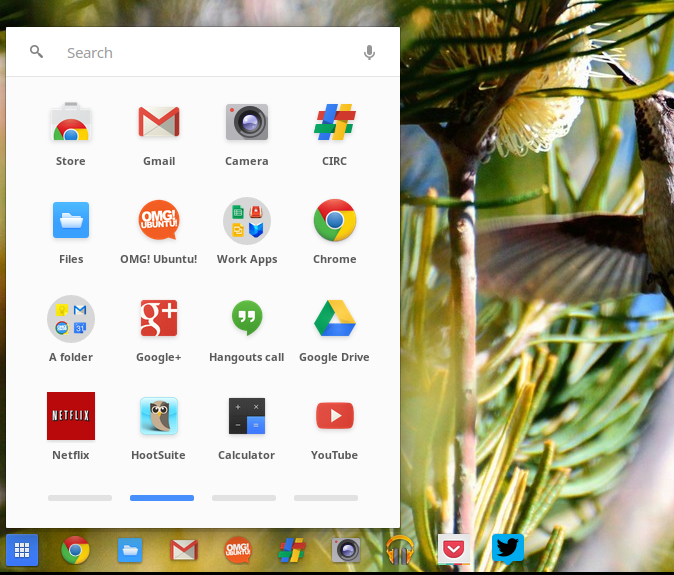 It’s been almost four months since support for Folders in the Chrome App Launcher was formally confirmed by Google developers in a bug report.

With Aura now enabled in the stable builds of Google Chrome on Windows, and due to land on Linux in the next month or so, we’re edging closer to the arrival of this long-awaited feature that will allow us to:

But how’s the feature coming along since our last hands on preview of it back in November of last year?

Of all of the new features winging their way to Chrome OS in the coming months it’s this one that I will find most useful. Why? Well, I have a tonne of apps installed that I use…

Being able to group my mass of apps into folders will ensure that I not only have a tidier-looking app drawer, but that I’m also able to find an app when I do need it that teensy bit quicker (yes, even quicker than it takes to say ‘Ok, Google – Gmail‘!).

The core element of folder creation remains unchanged from the version I toyed with in November. You simply pick up an app icon, drag it over another and then let it go to create a folder that houses the pair. Additional applications can be dropped into the folder icon that results from then on.

In Chrome OS the animations accompanying this task are much nicer than before, with the grey circle spotlight that appears during the ‘collision’ moment having a particularly ‘bouncy‘ feel to it.

Clicking on an App Folder icon opens it in the launcher with a slick ‘scale out from middle of app folder icon click point‘ animation. The same effect plays in reverse when navigating out.

Giving a folder a name (or editing an existing one) remains dead simple: one simply clicks the title field near the top of the launcher and types away.

I did find myself instinctively hitting the ‘Return/Enter’ key after typing a name under the assumption that this would ‘save’ it. There is currently no visual confirmation to tell you a folder name has been saved, a fact not helped by the text caret continuing to blinking away, even after clicking elsewhere. But rest assured that names do take.

Applications can be removed from folders through one of two ways.

The first involves entering a folder, picking up the icon you wish to remove, and tearing it away from the launcher and outside of the light-grey circular boundary that appears, then dropping it back into the main list.

The second (and arguably easier) way is to right-click on an app icon and select the ‘remove from folder‘ option.

When all applications have been removed from a folder the folder itself is deleted.

The biggest drawback to using App Folders right now is that folders are not saved between sessions unless Folder Sync (see below) is also enabled. Even then, you’ll find that Folder names vanish between sessions.

Other issues I came across during testing on Chrome OS and Windows included a lack of visual feedback when creating folders in the Windows builds of Google Chrome Dev in both Windows 8 mode and on the regular desktop and the ‘drag to remove‘ logic not always working.

The most frustrating quirk was when a target icon would continually move around as I tried to drop an icon onto it! There’s also no support for Folders pinned to the App Shelf. You can add them, but nothing happens when you click on them.

However, let’s not forget that this feature remains in active development. Minor bugs, hiccups and the odd missing feature is to be expected.

The ‘app list folder’ feature is currently available for testing on Windows and Chrome OS Dev Channel builds, tucked behind the enable-app-list-folder flag.

Folder sync through your profile will also need the enable-sync-app-list flag turned on – though do note that this won’t magically make app folders appear on unsupported platforms.

ASUS Chromebooks Confirmed, But Are They Using Intel Bay Trail?
Read Next