Every new Chromebook comes loaded with a set of default applications, including handy links to some online Google services like Docs, YouTube, the Web Store and its “Games” section.

It’s this latter item that has always intrigued me. Not that it’s included, as there are some cracking games on Chrome – from sprawling in-browser epics to local, offline-enabled minigames (and soon, a whole lot more thanks to the ARC runtime). But more that its icon and “app type” haven’t been updated since October 2011.

But now, finally, the Chrome team is about to give this maligned shortcut a little bit of TLC. It’s not going to suddenly morph into a “Games Center”, but it is going to get a nice new icon and a rejig so that it’s distributed as a proper “hosted app”.

The new icon is pretty much identical to one used by Google Games on Android, but far superior to the old “blocky” shopping bag motif retired in 2012.

It’s a subtle change, and should silently arrive via the Chrome Web Store in the coming weeks. The only hold up for such a trivial change is that the Chrome team has to first figure out who owns the account that uploaded it. I kid you not. 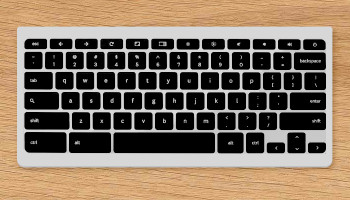 Dell Launches $20 Chrome Keyboard in the US
Read Next