A new flag introduced to the browser’s dev channel release lets you set ‘material design elements in the browser’s top chrome’. This area is more commonly known as the tab strip and toolbar.

Three “looks” are offered through the experimental setting, letting you theme the browser’s top bar in full ‘material’, ‘hybrid material’ or stick with the default ‘non-material’.

The differences between ‘material’ and ‘hybrid’ are largely, excuse the pun, immaterial.

Google has been slowly introducing material design tweaks to Chrome over the past year, most visibly in the browser’s mobile builds. Chrome OS has also gained a slate of new app icons, a new look file manager and a redesigned login screen.

A carded Chrome settings page is currently in gestation and work on a new look for the downloads history page recently got underway.

Don’t expect a dramatic change in the Chrome toolbar when the Material Design flag is set to ‘on’.

As of writing the flag subtly affects the following elements

The latter change may, based on another flag that has also been arrived in the latest Chrome Dev, be in lieu of animated ‘ink’ ripple effects being hooked up.

With these changes the desktop browser is but a gradient and hamburger icon away from closely resembling Chrome for Android and iOS.

Want to track Chrome’s burgeoning toolbar redesign for yourself?

Assuming you’re running Chrome Dev on Windows, Linux or Chrome OS you can.

To enable the material design toolbar paste the following link in a new tab:

Select a preference from the drop-down list (default is ‘non-material’) and, when prompted to, relaunch Chrome to enjoy the subtle changes.

As this is an article about a development feature you should not consider the screenshots or information above as indicative of a final, finished design. Until it rolls out to the stable channel it remains subject to change. 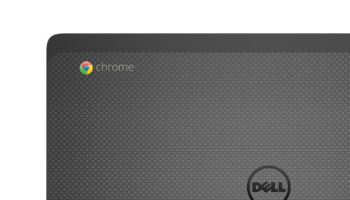 Dell Chromebook 13 — The Mid-Range Chromebook of Your Dreams?
Read Next