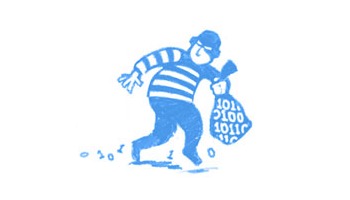 Google has removed a number of Chrome extensions from the Chrome Web Store that search torrent sites, TorrentFreak has reported.

An email sent to the developer of TorLock’s search extension explains that the add-on violates a policy that doesn’t allow “products or services that encourage, facilitate, or enable the unauthorized access, download, or streaming of copyrighted content or media.”

In September we reported on demands made by the Recording Industry Association of America (RIAA) to curtail piracy through warning pages in the Chrome browser itself. In statements made to a House of Representatives subcommittee, the RIAA argued that “there can be no doubt that search engines play a considerable role in leading users to illicit services”.

Indeed, TorLock’s owner argues that Google’s own search box is just as – if not more – culpable of encouraging, facilitating, or enabling piracy, noting that the search giant may very well be the “biggest torrent indexer in the world”.

This decision may be setting a precedent for more drastic measures in the future or even a sign that groups like the RIAA, the Motion Picture Association of America (MPAA), et al. are finally getting Google to listen to their more intrusive demands.

Though Google have taken a fairly hands-off approach in the past, they haven’t been resting on their laurels. In a document released in September, the company outlined their anti-piracy “principles” which include creating “better legitimate alternatives”, cutting off piracy sites’ sources of income, and being transparent about these copyright enforcement actions – be they from the copyright owners or government agencies.

In the document, the company argues that “[Google] Search is not a major driver of traffic to pirate sites” nor can it “eradicate pirate sites”. But search extensions for sites accused of “encouraging” piracy obviously hit a nerve that’s recently surfaced.

Considering their strict copyright enforcement on YouTube and the growing number of content partners for Google Play and the Chromecast, removing the extensions may make sense for Google’s growing content business, but it’s a move that’ll be a cause for concern as the war on piracy continues on.