The device features more or less the same specs as expected, albeit in a vibrant form factor that wasn’t.

Weighing in at just over 2 pounds, Google tout the magnesium frame that keeps the light, plastic device sturdier than other Chromebook models.

The Verge went hands-on today as well, noting the Samsung Exynos 5250 processor, 2GB of RAM, and 16GB of storage. The Exynos 5 line is also used in Samsung’s wildly popular ARM Chromebook. There’s no mention of whether the device uses Beats Audio, but HP have placed the speakers under the keyboard for more clarity.

Though the specs look (perhaps disappointingly) similar to current-gen Chromebooks, the IPS display – with 176° viewing angles – is a significant upgrade from other similarly priced models. The Chromebook 11 also features a Micro USB charging port, so you won’t need a tangle of cables when you leave the house.

The device has two USB 2.0 ports (no 3.0 here sadly) and SlimPort video out. The Verge mention that a configuration with 4G LTE is expected to be available as well, though no announcement has been made at this time.

Like other Chrome OS devices, the Chromebook 11 comes with 100GB of Google Drive storage for 2 years and a 60-day trial of Play Music’s All Access service released earlier this year.

The Chromebook 11 will retail for $279 – in line with other lower-end Chromebook models – and should start appearing in several retailers in the US and UK today, including Google Play, Amazon, and PC World. The device is set for release in other countries for the holiday season.

More About the Chromebook 11 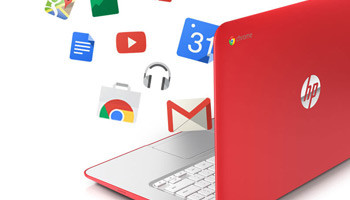