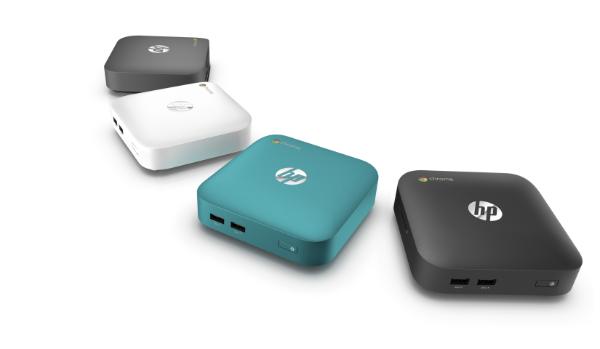 Following the lead of ASUS, HP is the latest company to announce plans for a Chrome OS desktop PC.

The HP Chromebox is due for release ‘later this spring’ in the US and mid-2014 in the UK and will, like its rival, be made available in a range of configurations, likely to be Haswell Celeron-based. HP say that at least one version will feature a powerful 4th generation Intel Core i7 processor.

Three USB 3.0 ports, HDMI and DisplayPort adapters, and a VESA wall mount will feature as standard across the range.

In a nod to their Chromebook line-up, four different coloured designs will be available, all with obligatory cringe-worthy names: Smoke Silver, Ocean Turquoise, Snow White and Twinkle Black.

HP say that the all-new devices will suit home and business users alike.

But for all the glint and hype there sits an elephant in the room, one that ASUS and HP will both be acutely aware of: Chromeboxes have failed before. Whether this new breed of diminutive designs can ignite the same enthusiasm as Chromebooks remains to be seen. But, if priced right, these second wave of PCs find a niche.

For now there are no further details on the boxes. HP say we will hear more, including the all important prices, in due course.