Could the Chromecast become a vibrant gaming platform? If a group of British software developers get their way, it just might.

The team, Concept69, is turning to crowd funding to help kickstart their dream of transforming Google’s media streaming stick into a versatile ‘£30 games console’.

“[It has] great potential for casual, local multiplayer games between friends and family,” project member Sam Devaney enthused to me via e-mail.

To tap the potential they see Concept69 want to create engaging games that leverage the unique functionality afforded by the multi-screen net-connected device. The first title on their list, and the subject of their crowdfunding attempt, is a quiz game called Buzzb.

Concept69 describes Buzzb as an ‘innovative multiplayer Chromecast quiz game’. It will feature viral YouTube videos, music from cloud services like SoundCloud, online photos and more. All this, the team say, will add up to create“the most engaging and exciting quiz game of all time.”

“Most quiz games all involve the same text-based questions across the same categories. In a world full of great media this is an abomination. We’ve re-invented the concept of a quiz game with Buzzb.”

Lofty claims — can they reach them?

Mock-ups of the app listed on the Kickstarter page show a strong, clean design aesthetic, with features that take full advantage of Chromecast’s multi-screen capabilities. Questions appear on each player’s handset, tablet or laptop, while gaming stats and a leaderboard is ‘cast’ on the big screen.

With low-latency screen mirroring and a suite of small casual games already available to mobile users through Chromecast, Buzzb is certainly on the right track. Leveraging the dongle’s online capabilities to mix remote media with local “casting” is a perfectly achievable aim, something that adds credibility amidst a sea of “we wanna make an app” crowdfunders.

So how much do they want to do this? £1000. The money will be used to fund server infrastructure and development costs for Buzzb, and to fund future Chromecast games.

“Our vision is so much more than Buzzb. It’s just a starting point for us to get fantastic games released for the Chromecast.”

Perk levels on offer include:

Concept69 say should they manage to eke past their initial funding target they will add additional stretch goals to include arcade-style power ups (£5,000), community question category submissions (£10,000) and online multiplayer (£15,000).

Want in? The crowd-funder runs until October 26 and is already 1/4 of the way to reaching its goal. 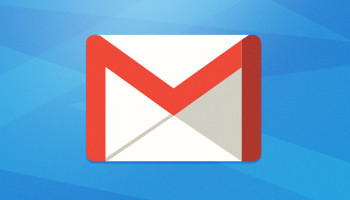 Annotate Files In Gmail with Mail Markup for Chrome
Read Next