Google has today released an updated version of the Chrome app for Android phones and tablets on the Google Play Store.

It has been around 2 months since Android users last saw an update to the much loved Chrome browser, and today’s update is only a minor one, but that doesn’t mean it’s not worth visiting the Play Store and hitting the “Update” button. 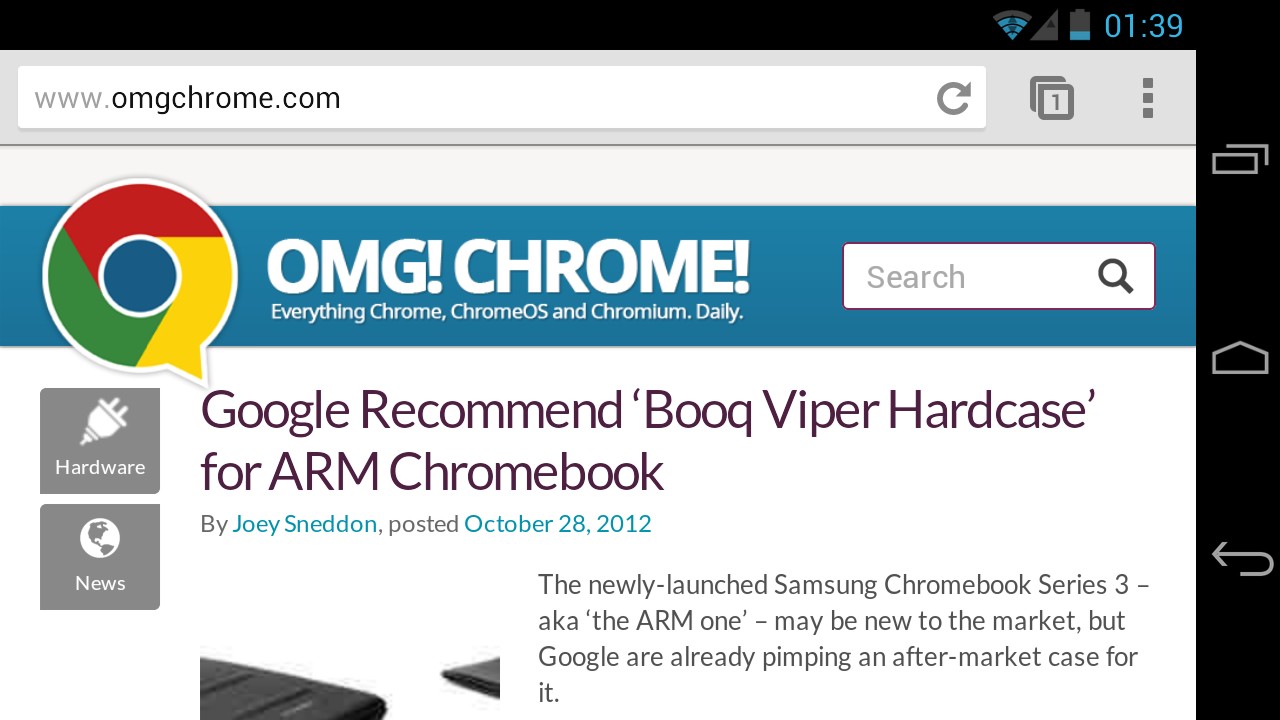 Google hasn’t detailed any specific changes to Chrome for Android (now at 18.0.1), only saying this in the “What’s New” section on Google Play:

“This version update includes a number of stability fixes and performance improvements.”

Chrome for Android had always felt a little clunkier than it should even with a Samsung Galaxy Nexus, after using the updated version for a brief period of time, It certainly feels a lot snappier than in previous releases.

You can download or update Chrome for Android if you haven’t already by clicking the blue link we’ve conveniently placed for you below!

Noticed something we missed in this update? Let us know in the comments section below, if you like!